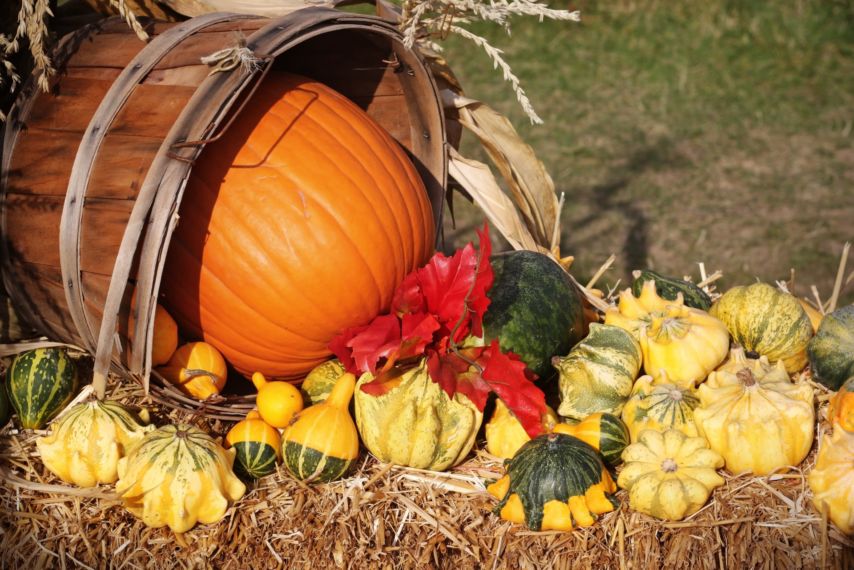 If you are the type of person who loves Halloween, then you probably have some idea of the various rituals and traditions around the holiday, but what is Samhain? You are no doubt even aware that Halloween, sometimes referred to All Hallows Eve, came from an attempt by the Catholic Church to keep the peasantry happy by acknowledging one of their Harvest festivals. You may have even heard the term Samhain, and know that it has something to do with the original pagan holiday.

However, end of autumn Harvest Festivals were quite plentiful. This means that there are a number of different traditions we rolled into All Hallows Eve, and not all of them came from Samhain. Not only that, but there are plenty of modern pagans who celebrate Samhain who do not necessarily celebrate it the same way as it was traditionally celebrated.

So what is Samhain, if not the traditional pagan Halloween?

The Origins of Samhain

Samhain is specifically a Celtic holiday, or so it is believed. It is known that there are many ruins and old structures in Ireland that are marked with traditional Samhain markings. It is also known that several traditions that became Halloween traditions were originally Irish traditions. A good example of this is the jack-o-lantern. The jack-o’-lantern started in the 19th century, and was believed to either represent evil spirits, or ward them off.

Since the ancient Celts celebrated the turning of seasons as holy days, Samhain is considered one of the four major holidays of ancient Celts. It means that being a Harvest Festival, it was traditionally celebrated at the end of the Harvest before the coming of winter. It was a time to take stock of the larder and ensure that the cattle were properly cared for for the winter. It was also believed to be a day when the barrier between the physical world and the spirit world was particularly weak. This meant that spirits, such as ghosts and other supernatural beings that don’t quite fit into the category of ghost, were sometimes able to step between the worlds.

Since we don’t have any ancient Celtic people to speak with, we can’t know how strongly that was believed. It’s difficult to know precisely how large a part spirituality played in the everyday lives of ancient people. After all, in the modern day there are plenty of people who will claim some spiritual belief or another, but don’t really practice those beliefs with any regularity or determination.

What is known, is that many traditions such as bonfires, lighting the family hearthfire from the bonfire, and using fall Harvest fruits as definition tools, are associated with warding off evil spirits. There were also traditions such as ritual sacrifices. Oftentimes a small animal such as a rooster would be sacrificed and then it’s blood would be trickle down the threshold of the family home.

Of course, the fact that many of these traditions can also be associated with building a sense of community in order to ensure the village would have enough food for the winter, and warding off the cold in a way that allows the community to come together after what might have been a difficult harvest, indicates that many of these traditions may not have arose from the idea of spirits at all. Or, as with so many other religious and holiday traditions, they may have been both of those things at once.

What Is Samhain In The Modern Times?

Sometime during the eighteenth and early nineteenth century, traditional Samhain festival began to die out. Some communities still lit bonfires, and of course there was the need to choose which animals to slaughter and what to keep in the larder, but with the spread of the Catholic Church many Pagan traditions gave way to Catholic traditions.

It was in the late 19th century that a man named Sir John Rhys begin to revive Samhain as a Celtic New Year. He took a great deal of information from the historical texts he could find, and from surrounding countries such as Wales and Scotland, and combined it into a somewhat more generalized New Year’s celebration. However, it was Sir James George Frazer who managed to popularize the festival. Not only that, but he was the man who put forth the idea that Samhain was the Celtic festival of the Dead. Even so, he did admit that the evidence was a bit sparse, due to both the age of the information and the fact that the monks who recorded it in writing tended to Christianize many of the names and activities.

In the United States, as well as other countries that has picked up Wicca and other neo-pagan religions, Samhain is treated a bit eclectically. The specifics depend on precisely which branch of neo-paganism one follows. There are Celtic revivalists who attempt to follow the traditions as best they can based on the information available, there are neo-pagan Druids who take the idea of the traditions and attempt to translate them into modern life, and then there are Wiccans who consider it one of the most important Sabbats of the year.

A Wiccan Sabbat is one of the seasonal holidays. Samhain fits very well into that. The reason it is deemed as being so important is that it is a time to celebrate the lives of those who have passed on, as well as celebrate the lives of those around you. Not only that, it is seen as the festival of darkness. This may sound sinister, but that couldn’t be further from the truth. Wiccans believe in balance in all things. The balancing Sabbat of Samhain is Beltane, which is the festival of light. as such, Samhain being a festival of darkness is merely celebrating the fact that light and darkness have a balance, and the season continues to change.

So what is Samhain? As you can see, while it is associated with Halloween it is not exactly the same thing. Halloween has become something of a marketing holiday, making it quite secular. Meanwhile, Samhain is much more religious and spiritual then secular. And now whenever any of your friends wonder “what is Samhain”, you have a ready answer for them.