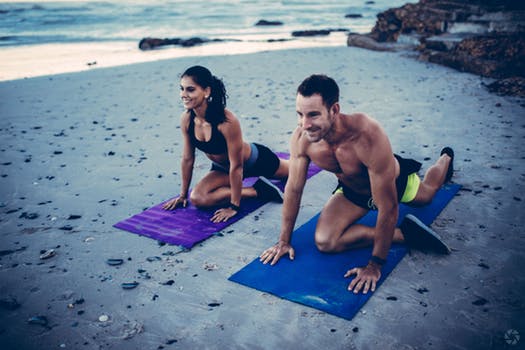 Pyrokinesis is the psychic ability to speed up of the naturally occurring vibrations of atoms in matter to change temperature, possibly to the point of ignition if necessary. At low levels, one could move a candle back and forth. At a higher level, one could put out the fire or making it relight using just the mind. Pyrokinesis is one of the more practiced powers like telekinesis. It may be useful too, for heating people up or setting things a fire. Some training methods are posted below. Pyrokinesis is also known as Heat Manipulation or Fire Manipulation.
After starting pyrokinesis, by time you will feel very cold or hot. Don’t worry you won’t get sick and it’ll pass after one week.

Dancing Flame
————-
The Dancing Flame exercise will enable us to put out or relight a fire with only the wave of a hand. We light a match. Now we make a tunnel between your mind and the flame. Now will(control) the flame to go down. Concentrate hard. Finally,with enough will power and concentration, the flame will burn out. Now we have done the easy part. The hard part is getting the ember to relight. Now will (control) the barely visible flame (that’s out) to grow. Make the flame rise, and get hotter and hotter. After a time, with enough will power and concentration, the dead match will glow red. We have mastered just a match size fire, though.Our new objective should be to master larger flames.

Psi Ball
——–
This isn’t a Pyrokinesis training but you have to be able to perform it very well to be able to do Pyrokinesis. To make a psi ball utilize friction from rubbing your hands together; after you’re good enough stop using it and just go to the next step. Next have your hands in a claw shape and start placing your hands together in a ball shape, not quite touching, then taking them apart and keep doing that. After that you have to program it. You need to think of words, smells, sounds, pictures, and everything that goes with a certain thing (ex. Fire, light, etc.). This tells the psi ball what to do. Lastly you have to shell it. This is where you make a shell of energy around it.

Heating Up
———-
You can accomplish this using a thermometer or judge. The increase in heat by yourself, imagine of the particles from the atmosphere speeding up, moving faster, releasing a growing number of energy. After this you imagine of a thermometer going higher and higher until it shatters. Then, think of an oven heating up this space. After that, picture of a small ember catching the distance into a small fire. Then, imagine of that small fire getting bigger and bigger and bigger until it’s a massive bonfire in your head. Use any of them to do this. It works better when you do all them. In a small enough place after enough training it will burst into flames.

Dancing Flame (other exercises)
——————————
Just concentrate on transferring it in a certain direction, allow it to move in one direction, then another, make it spin, allow it to move off of the candle and spin it into a wheel of fire, allow it to spin the other direction, make it bigger, then smaller, then put it out by imagining it moving out. Then try to relight it. It may not relight at first, but after a few weeks, it should start to work. Theoretically, you could also super-heat the flame, or make it spin in a flaming ring.

Internal Temperature
——————–
First you must consider yourself and the air around you burning intensely. Then imagine all of the atmosphere around you exploding into you making yourself hotter.

Push Energy
———–
Here’s a way that you could put out flames. You make plenty of energy in your hands, and thrust it in the flame.

Create Fire
———–
Get in a comfortable position with nothing in mind, no noise, nothing to distract you. Then cup your palms with one over another using a bubble of air in between them (hole pointing sideways not up) all the warmth would leave otherwise… Visualize energy rushing through hands; throbbing with energy … then, visualize the air particles moving more challenging; hitting the place in between my hands even more putting out energy there… then visualize a thermometer going up until it shatters… afterwards, envision an oven heating up the space between my hands… then envision a small ember being blown on. . .getting bigger, glowing more and more… then envision a little flame getting larger into a bigger flame until only that huge fire is in thoughts.

Temperature Rise ( Of Area )
—————————
To begin, stand in a relaxed posture, close your eyes, and concentrate. Picture the atmosphere around you seeming wavy because of warmth in the area. Try to feel the heat on your body, picture yourself hot and sweaty. You might also picture a thermostat raising. This may raise the temperature in the area a bit.