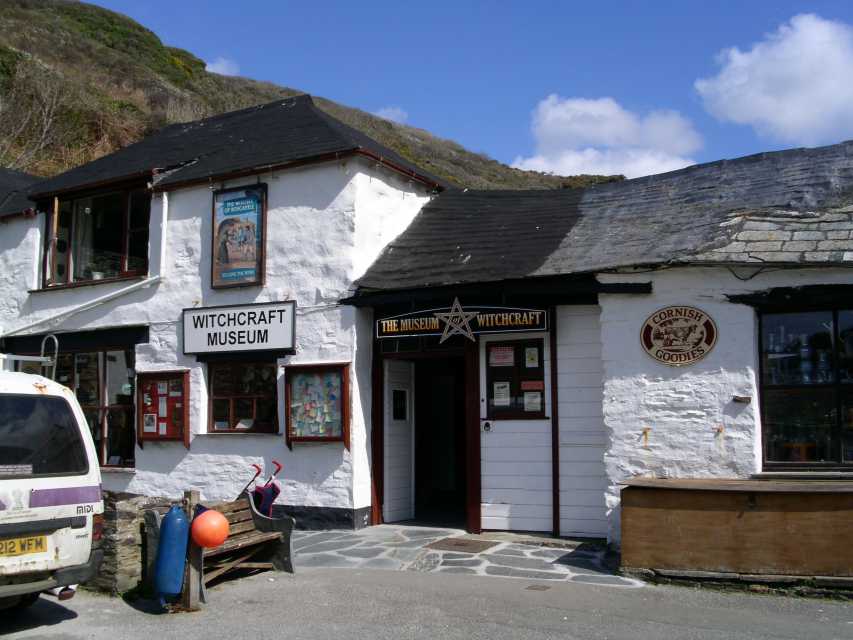 The Museum of Witchcraft and Magic or MWM located in Cornwall, England is home to some of the most fascinating artifacts you will ever come across chronicling witchcraft through ancient times to present day. The purpose of the exhibits isn’t to just to awe and educate, but to help compare the belief systems of other religions. The museum hopes to offer education to students and enthusiastic tourists in a manner respectful to modern practitioners of witchcraft. Exhibits are carefully created using cutting-edge modern scholarship and the helpful insights of those practicing magic.

A Bit Of Museum History

The Museum of Witchcraft and Magic has had a rocky start to say the least. In its early days of inception, the museum created by Cecil Williamson faced opposition by local villagers, so it had to be relocated to the Isle of Man in 1951. Working alongside the father of modern Wicca, Gerald Gardner, the two men opened a center for witchcraft. Their partnership was not to withstand the test of time as the two men weren’t able to see eye to eye.[fsbProduct asin=’B01GAIV342′ size=’300′ align=’right’]

The museum as it’s known today was opened in 1960 in the Cornish village of Boscastle. Cecil felt a special connection to the location of his museum as this quiet area of England felt widely open to the spiritual realm. Teeming with history and the spirits of those no longer with us, it’s safe to say his decision somehow feels ‘right’. Up until the mid-1990’s, Cecil was the proud owner of the museum using his artistic skills as a film director to bring fascinating exhibit displays.

In 1996, Cecil chose to sell his museum to Graham King and the sale was finalized at midnight on Halloween. During Graham’s ownership of the museum, many changes were made. He respectfully buried the skeleton of Joan Wytte who was on display and also worked to acquire more ritualistic objects for his displays. The museum through his vision gained worldwide recognition as a hotspot for researchers and those interested in the occult.

The Museum of Witchcraft is no longer in the care of Graham as it was gifted to Simon Costin on Halloween in 2013. The name change officially took place in 2015 to better reflect the contents of the museum along with its interests. The museum is home to at least 3,000 objects and 7,000 books with displays constantly changing and events hosted on a regular basis.

Friends of the MWM is an ongoing charity membership organization established to help conserve objects and obtain new ones. The funding for the museum is overseen by the Friends, and those looking to become members can help with conservation and can become directly involved with the development of the museum.

For more information on upcoming events and current exhibitions, make sure to check out the museum’s website. You can learn about membership, location, and get in touch with the team running the Museum of Witchcraft and Magic. With Halloween right around the corner, this is the place to visit!

1 thought on “Do You Dare Visit The Museum Of Witchcraft?”