What is the Meaning of Magic and what are White Magic Spells?

Magic can basically be defined in either one of two ways, paranormal magic, and illusion magic. Paranormal magic is where the magician or sorcerer, in that case, uses supernatural powers or methods to interfere with the natural setting of things. Illusion magic is the more enjoyable type of magic where a highly skilled professional magician creates an illusion of supernatural acts.

Paranormal magic is commonly referred to as black magic while illusion magic is the day-to-day white magic. So, just where do you draw the line between white and black or paranormal and illusion? The difference does not lie in the literal meanings of white and black but rather in the nature of the acts.

A white magic spell is cast for purposes that are well intentioned and definitely not harmful to anyone or anything within the cosmos. The term white magic spells implies the healing or helping nature of the spells. They are meant to bring happiness and joy to people’s lives. Black magic spells, on the other hand, are purely ill-intentioned and are believed to bring sickness, death and many other ill-fortunes that can befall people.

What Makes White Magic Spells Work?
From this point onwards, any mention of the term white magic spell should be taken to mean the good kind of magic or illusionary magic. You have probably heard people claiming that magic is the most powerful tool. This might not be entirely correct, but the statement bares some element of truth.

For instance, to successfully cast a spell, one has to master in great detail some fundamental principles pertaining to white magic spells. Very few manage to do this. It is a self-discovering journey that requires patience and desire. The areas of mastery include:
o    The Power to Know

To perfect the art of casting a white magic spell, you need to have a deeper understanding of what you are doing. You need to exhibit a profound knowledge of the spells you are casting. This is what distinguishes a great “witch” from a mediocre one. The techniques are learnt through a lengthy training session that acquits you with all the dynamics that come into play while performing magic stunts.

This is yet another skill that a magician has to learn. The performance must be exquisite with no flaws. The illusions created should be far from what people can call normal. An excellent spell is not just the weird mumbles and sounds you produce but the creative effects that accompany them.

You should be able to perform this stunts with utmost perfection. Your aide should also be convincing enough.

It is said that faith moves mountains; then proper will power restores the mountains to their original position. Your audience has great confidence in your “magic powers,” you can’t afford to disappoint them. Your will power, therefore, has to be a notch higher than the crowd’s faith.

The desire to achieve while doing an evocation should be clearly evident. This ensures that you obtain the best results of the spell.

o    The Power to Be Secretive

What makes magic such a powerful tool is its uniqueness. No one wants to see the same stunt repeated over and over again by different magicians. The secret to a good magician, therefore, lies in his ability to keep certain secrets pertinent to his practice. Silence also creates an aura of mystery, a thing that intrigues a lot of people. 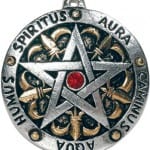 History and types of White Magic Spells
White magic dates way back to the 14th century. The term was coined by an astrologer named Zoroastrian. It was later adopted by the British together with the word sorcery. The two words combined formed white magic sorcery. This is what is termed today as white magic spells.

What are the reasons as to why people practice white magic? This is a question that many people usually have. How does it benefit the magician? The reasons for performing magic stunts or casting spells include:
o    It is an economic activity just like any other profession. Magicians have become celebrities in their own way and earn plenty of money.

o    It brings people joy – Magic is fun and enjoyable. A simple magic act can drown people’s sorrows and allow them to put their troubles aside for a minute.

o    Mere passion – most people pursue magic because they are passionate about it. This drives them to perform blood-chilling stunts to the amusement of their fans.