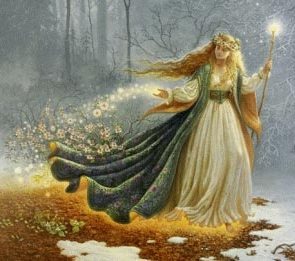 Wicca is known as a very complex religion which is more than often connected with neo-paganism, occultism and witchcraft. When these words start to overlap it can become somewhat confusing. For this reason here is information on the religion and do wiccans believe in God?

Derived from an Anglo-Saxon word known as “wicce”. It is described as shaping or bending nature to act at your service.

This is based on belief in specific practices such as magic, astrology, divination, alchemy built on the “hidden knowledge” associated with the universe along with its specific mysterious forces. The occultists are believed to tap into this knowledge that is unseen in order to produce whatever effects they are craving for.

This is based on practices involving sorcery or magic from any person that falls outside of the mainstream religious society. This particular term can be used in various ways in different places and times.

The revival of the ancient Middle-Eastern and polytheistic European religions has resulted in Neo-paganism being used in the definition of a system that involves worshiping gods-of-nature and nature.

The above terms are a basic definition and certain individual’s use these terms that often mean different things which makes it difficult to keep them separate. However, the importance in the terms is that they share a common theme related to worshiping nature as well as the use of spiritual forces in order to obtain results. Just about any person that names themselves a witch, goddess worshiper or Wiccan practices the above mentioned things. It is very important to known that Wicca is not at all the same as the term Satanism and most of the witches in fact do not believe in the entity known as Satan.

When the question arises do wiccans believe in God, it is best to start to understand the religion before arriving at an answer. Wiccans live by a central rule known as The Rede that states “Harm no one, do what you will.” This means that witches and Wiccans are allowed to do whatever they feel is the right thing to do provided they avoid harming anyone at all costs. They also believe in the rule known as the Threefold Law that states that “anything you do will come back to you three times over.”

Do Wiccans Believe In God Explained

[fsbProduct asin=’B013PQPE1A’ size=’300′ align=’right’] The fact is that the majority of the Pagans that include the Wiccans view “God” as a “job title” opposed to a proper type of name. They do not worship what is known as The Christian God, but this does not mean that they are not in acceptance of the existence of a deity. Various Pagan and Wiccan traditions honor various gods. Some of them view all the deities as “one” and can refer to The Goddess or The God. Others are known for worshiping a specific goddess or god such as Apollo, Isis, Brighid, Cernunnos, etc.

Many of the Pagans that include the Wiccans are willing to or are in favor of accepting that there is presence of what is known as the Divine in everything and all things. Because Wicca places a great deal of emphasis on these ideas in association that experiencing The Divine is something available to everyone, not only certain members of a clergy it is often possible that a Pagan or Wiccan will find that something is sacred in the mundane. An example of this would be the roar that the ocean produces or the wind that blows through trees are considered to be divine.

In addition, Wiccans have a belief system that the Divine is alive in each person and it is very rare that you will find a Pagan or Wiccan who views the gods as being punishing or judgmental. Instead, the majority see gods as actual beings that walk beside us and are honored.

But to really answer the question on do Wiccans believe in God, it is important to understand that there are a variety of paths involved in Paganism that includes Wicca. The majority of the belief systems are explained as polytheistic. Certain paths of Pagan base their beliefs that all the gods form part of a “one.” However, there are Wiccans that accept that there is an existence of a Christian God because they accept that gods from other pantheons exist but they have chosen not to worship or honor him.