Here is some useful information regarding Wicca for beginners. 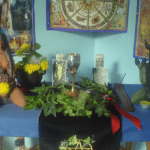 Getting started in the Wiccan religion can be quite intimidating and confusing. There are so many different paths of Paganism, and so many different Wiccan traditions that it’s not really possible to just “become a witch”. If you are serious about exploring Wicca, you should spend some time reading about witchcraft, and try to figure out which path suits your personality, outlook and existing beliefs. Are you a Neo-shaman? Do you have druidic leanings? Perhaps Green Witchcraft appeals to you. All of those pathways are perfectly legitimate. Figure out what suits you, and delve deep into that.

Depending on the type of Wiccan religion that you decide to explore, you may end up deciding that you want to join a group. There are some forms of witchcraft that you can practice solo, but others have covens that members are expected to join, and you may be expected to practice with them in a similar way to practicing religion in a church. You should be able to find other practitioners in your area, and talk to them about the religion and what it is that they do. In general, Wiccans are very open and approachable people – as long as they believe that you are taking the belief system seriously and have a genuine interest in learning about witchcraft. They will be eager to explain their beliefs to you.

If you live in a remote area where there is not a major Wicca, new age or druid group you may have to limit your research to the library, or online. You can sometimes find information and supplies at alternative culture stores (there is some overlap between, for example, goth culture and Wicca), but you will most likely find that buying supplies online is better. 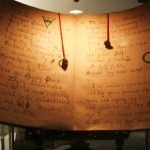 There are some great books that you can use to get a grounding in the world of Wicca and Paganism. One of the best is Drawing Down the Moon by Margot Alder. This book is a guide to witches, druids, goddess worshipers and the world of modern Pagainism in general. It is slightly dated now, but it is still a brilliant foundational book that serves as an introduction to Wicca for beginners.

Another great book is The Complete Book of Witchcraft by Raymond Buckland. Again, this book is more than 20 years old, but it is a good source of information about magic and rituals and it provides a step by step introduction to the world of witchcraft. 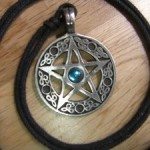 What to Expect When You Learn Wiccan Religious Practices

So, now you have an idea of how to get started, but what can you expect when you follow the Wiccan religion? Well, most Pagan traditions do have rules, and this is something that you may be surprised by. A lot of people think of Paganism as being a free, liberal and relaxed thing that you can drop in and out of. While that is true for some branches, many others are very strict in terms of what they demand from their followers. You will need to pay attention to the rules of magic, and you will need to be respectful to those in your order. Paganism is different to traditional religions, but that doesn’t mean that you can do whatever you like.

There are some areas where you will have a lot of freedom, however. There is no strict dress code in Wiccan and Pagan religions. There is no chapter in Wicca for Beginners that describes a witch’s “secret handshake” You cannot tell whether someone is a practicing witch just by looking at them. Your nurse, lawyer, or hairdresser could be a witch and you would never know unless they chose to tell you.

More and more people are becoming Wiccans, too. It is a recognized religion in many countries and in the United States it is illegal to discriminate against someone because they believe in a Pagan or Wiccan religion. This means that there are more and more practicing Pagans and Wiccans that are open about their beliefs – although there are still some that keep quiet because they do not like having to constantly explain how their faith works.

This is particularly true for young people, who are concerned that their family members will be scared, intimidated, or angry about their child’s new belief system. A lot of older people who were raised in traditional belief systems think that Wiccans worship demons and that they are not that far removed from Satanism. It can be difficult for a novice Wiccan to explain that this is not really the case.

If you are thinking of joining the Wiccan religion and you are worried about explaining your decision to those close to you, consider sharing one of the books about Wicca for beginners mentioned above with those closest to you. Friendly and clear explanations of what Wiccans believe may be enough to alleviate some of their greatest fears.