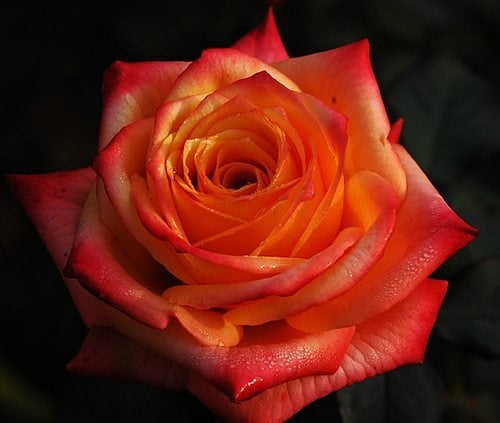 Is it Valentine’s Day or Lupercalia?

Valentine’s Day is always one of those days that conjures up one of two sentiments: either you’re excited and heading out to get your beloved one a card and a gift, or phoning all the hottest restaurants in town trying to book a table for you and your partner or love interest. Maybe you’re rushing out to get a bottle of champagne for a romantic night in, and checking your pennies to see if you can afford that expensive restaurant meal. On the flip side of that, maybe you’re one of those people who thinks that Valentine’s Day was created by corporations to fill the gap in marketing between Christmas and Easter. Well let me tell you – it wasn’t!

Valentine – or Saint Valentine as the Christians view him was a man who existed in extremely early antiquity (around 150AD) and was eventually martyred after being jailed for performing marriages for soldiers who were forbidden to marry. The Roman Emperor, Claudius II insisted on Valentine’s conversion back to Roman Paganism, but when Valentine refused he was executed, but not before he healed his jailer’s daughter of her blindness, which prompted the entire household to convert to Christianity. For this he was recognised as being martyred for his faith in Christianity, and eventually elevated to the rank of Saint, however there are many early Christian martyrs by this same name, with many of the records having been lost in the Christian persecution in later years. Interestingly, there are many Valentines around the same time who were martyred in various Christian persecutions.

So where did this tie into Valentine’s Day becoming about love? Well, from February 13th until the end of the month, the old, possibly pre-Roman festival of Lupercalia was held, which happened to coincide with the death of Valentine on the first day of the festival (February 14th). The early Christians believed that if they superimposed the feast of Saint Valentine to coincide with Lupercalia, they could more easily convert pagans into Christians – as has happened with other festivals throughout the Wheel of the Year, such as Easter (Ostara) and Christmas (Yule). Lupercalia was believed to partly honour the Lupa, a she-wolf which suckled orphaned infants and also as an honouring of the founders of Rome, Romulus and Remus.

The festivities associated with Lupercalia mainly focused on feasting, dancing and cleansing the city of stagnant and negative energies, to help bring in health and fertility – not just in the fields, but in the residents as well. The festival of Lupercalia was usually led by priests who were known as the Luperci (Brothers of the Wolf) who dressed in goatskins and sacrificed two male goats and a male dog to the gods, then cut the skin from the animal. The priests would then go around the old city and whip people who lined up along the route – it being believed that the whippings would result in pregnancy for those who were barren, and less pain in childbirth for those who were pregnant.

The fact that the Lupercalia was a festival about fertility (and therefore love) as the Romans were quite open about their feelings about others, with the martyrdom of Valentine at the beginning of the festival in Rome, it made sense for the early Christians to superimpose his feast day over the Lupercalia – and eventually both gradually became what we know today as Valentine’s Day. While the way the festival was originally celebrated has been lost to the history books, the feelings and emotions surrounding the day remain the same – a time of love and fertility and almost ritualistic courting of love interests. It is also a perfect example of the Christianisation of many pagan festivals, as earlier noted.