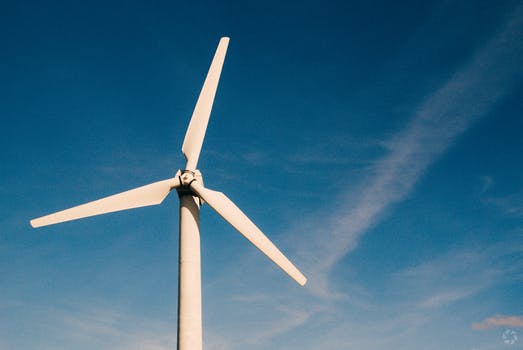 This is a really simple transformation spell, however does have principles. This spell frequently works only once, and is temporary.

Casting Directions for ‘Become a Drainer’

This spell is not mine But I’ve edited it slightly and added a couple of tips since I see many people getting confused or even frequently doing it wrong, or not being conscious of the proper side effects or the rules, and so on.

There’s a few measures to do this. Now, dont leave now since I said you will have to do more work. This work can help you.

Step one: Study. Once you study, you are able to do the spell. To examine, scroll down. Some general information prior to doing the spell.

General information on drainers
Supernaturals generally tend to get headaches a lot. This is often due to other supernaturals energy, or energy in general.

You do not know what type of drainer you will end up as. You may use blood as a power source, saliva (kissing), sexual intercourse, sound, heat, life-force, health, electricity, etc.. You never know.

Not all drainers will wind up as part or full enhancer with this charm, but a few do. You might have signs of improved sight, smell, taste, hearing, sensing, or strength, speed, etc..

You might feel different. This is because your DNA is changing – you are carrying extra energy, absorbing additional energy, sensing energy, your skills are settling, etc..

This is TEMPORARY. It is physically impossible to permanently become a drainer , or anything, by a spell. The only other ways are rare and dangerous, often leading to death. (and no, you cant get turned by being bitten.)

This doesnt work for everybody. Also, this spell tends to work only ONCE per person.

Dont be childish. Dont use this spell as you think your cool, or because you feel you’ll be superior and can destroy others. Because most likely, you wont be able to kill anyone without physically murdering somebody the normal way. —

The spell
Okay, you need this to be at night, the doors and any windows closed, the smaller the room is, the better. And you will need to be ALONE. The complete moon tends to be better due to the gravitational pull.

Sit down and find a big, thick candle. It can be any colour, but I recommend white or purple. Turn all the lights off, as well.

Now, focus on your energy, and imagine the outcome of you getting a drainer. Dont imagine what kind of drainer you WANT to be, nor should you have an unrealistic version of a vampire (such as, no reflection, fangs type of myth crap)

Chant the following ten times or more. You do not need to count. It is possible to stop chanting until you feel necessary. And, light the candle. This spell works BEST Having a candle, many who do not use a candle, it doesnt work for them.

Dont just suddenly expect that you understand everything about vampires. Vampires do NOT burn in the sunlight, don’t have any relation to garlic whatsoever, do not bite necks for blood, not all even feed from blood, they can survive without blood, they are NOT IMMORTAL, neither are they dead.

Some will feed from more concentrated forms of energy, this may be blood, saliva (kissing), sexual intercourse, etc. others will feed off of less concentrated forms of energy. This can be energy that is glucose-based, meaning the energy that makes you, or power to move, or energy that surrounds a supernaturals body which depends on ones abilities, it could be energy which involves the emotions – auras, or alternative energy such as heat, sound, electricity, souls/spirits, etc..

Signs of drainers
Here are some common features of drainers. This may not be applicable to ALL types. You could have a strong disire, craving, obession, or stimulation to energy sources; this could be blood, sexual energies, noise, warmth, soul, electricity, etc..

If you drain energies such as glucose-based energy, ability-based energy, auras, heat, life-force, health, etc.. You will notice people often feel ill or tired around you often, especially done so when you touch them, often for a longer period of time.

Sunlight may damage your eyes, but you can live without. This doesnt go with everyone. One, if you are part or full enhancer, this is the reason. Because your eyes are enhances and don’t adjust well to the sunrays. Two, you might have light colored eyes, such as blue, gray or green eyes are more sensitive to sunlight than others.

Your eye color change color. This isnt with everybody, and this wont change fully. But, we often see people who just think they view their eye change color, or mistaken the color changing because of lights such as flashlights, or flasing lights off of a camera. Often, people mistake their students getting bigger to their eyes changing to black. This is often not true.

You might get sick often, or feel sick often. Sometimes this might be headaches, nausea, dizzyness, lightheaded ness, etc.. Often, this is due to not recieving a kind of energy for a specific amount of time. The stronger the drainer, the longer they can last without a energy source. However, they could live without energy, they won’t die from it.

After recieving your source of energy – blood, sex, kissing, heat, sound, etc.. You might feel energized, or your skills may be boosted. However, if youre abilities are boosted by blood, this doesnt mean you’re a drainer, since certain sort of supernatural blood boost some supernaturals abilities.

You may be sensitive to a lot of things, such as audio, scents, taste, etc.. This also doesnt mean you are a drainer, since it just may mean you may be part or full enhancer, or are simply just sensitive to it.

You may black out a whole lot. This doesnt mean you are a drainer, however many have this hint. It might also indicate you have a medical condition which you ought to check out when you black out frequently. If people say that you were possessed, etc, this may mean you’re part channeler. This doesnt mean you are a drainer, but frequently drainers have this sign also.

Real vampires dont want blood, they only need some component of blood, or only energy. – reality and myth Real vampires, or drainers, don’t require blood. They can survive from it, however, some may feel ill without it. This may be headaches, nausea, dizzyness, lightheadedness, etc.. However, they do not just need some kind of energy. Different vampires feed off of different energy sources.

Sunlight kills actual vampires – extreme exaggeration – Drainers can walk in the sunlight and be perfectly fine, but people that are part enhancer may be sensitive to the sunlight worse than usual. However, blue, green and grey eyes are more sensitive to sun anyway.

Real vampires kill people or animals for food or for blood. – fantasy unless they literally are a murderer,then no. That’s like saying humans kill people for meals. Yes, that happens, but its NOT COMMON, and NOT ALL HUMANS do it. So, this is also beyond dumb in my opinion.

Real vampires have fangs – fantasy The truth is, blood vampires tend to have sharper teeth at the fangs area but they dont suddenly grow from no where. All these are normal teeth, and in theory, they are not as sharp due to past generations who may have used their teeth to take blood a lot because drainers tend to like biting. But we have resources, and no how to NOT get disease.

Vampires dont get ill, or cant get an infection when they drink blood. – Myth This is idiotic also. I think we’re forgetting what a vampire/drainer really is. A vampire is a supernatural, meaning, they are HUMANS with supernatural abilities. Some tend to match in groups that title their kinds. They’re still human, they could still become sick.

Vampires are a part or full demon. – False.

Real vampires are undead. Untrue like I said, vampires are still human. And they also arnet spiritual beings. They are as alive as you and me.

Vampires are immortal/ can only die from a steak to the heart. Anyone can die from getting stabbed in the center. But no, vampires aren’t immortal. Some state that they, as well as a few or all other supernaturals age slower, but this hasn’t been shown possible.

Vampires can turn other individuals simply by biting them, especially on the neck. – FALSE . I get this a lot, and this isn’t true. There is ways that people can get turned, however its RARE, DANGEROUS OR TEMPORARY.

Vampires dont have a manifestation – untrue they are human too, so that they have a reflection like everyone else.

All vampires have enhanced speed and strength or senses. – myth . Not all drainers are going to have any enhanced skills, however some may. —