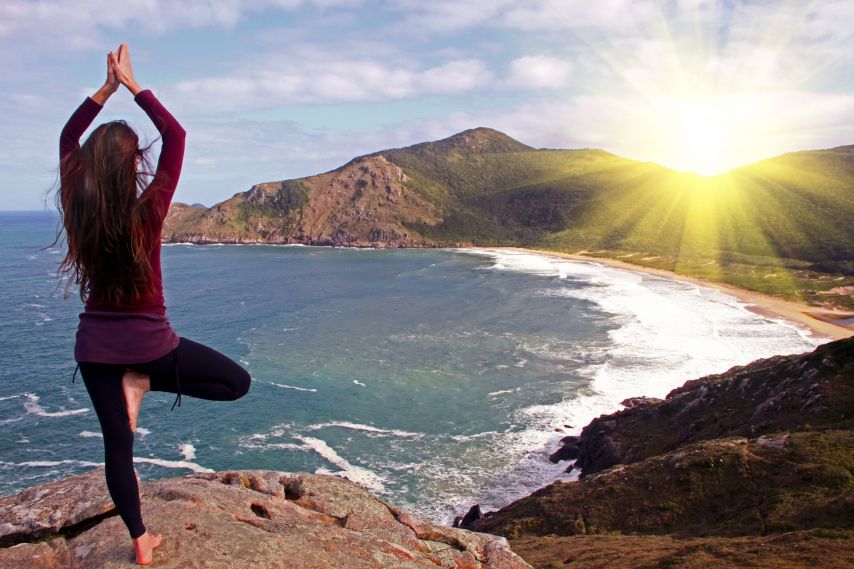 I’m not going to sit here and tell you that magic and lighting candles will change your whole world. That would be ridiculous. While there are plenty of websites that sell that idea, the simple truth is that change your life spells are approached in a far too general way and often do not focus on the actual issue you are trying to solve.

If that’s the case, then what are they good for? Focusing and opening your mind to different possibilities. The idea is that as you build and focus on your spell, you’ll also be solidifying your goals in your mind. Once you have a solid grasp of your goal, you’re much more likely to notice opportunities. At that point, things fall into place quite naturally.

So does that mean there’s no point to spells? Not at all! It can be quite calming to perform a ritual tied to a spiritual belief. The knowledge of being part of a community, a shared history of humanity, can lend a certain feeling of intent and power. It’s like the clothing a person wears; the right clothes can put you in the right mindset.

So here are some spells to change your life.

Spell To Be Rid Of Objects

For this spell, you’re going to want to be certain you no longer want the item. Because afterward, you’re genuinely unlikely to find it ever again.

So find the item, and then hold it in your hand. Look at it, think of ways it might be genuinely useful. This works best if you convince yourself that you have a special occasion you know you want it for. It makes the next step more meaningful.

Place the item in a place where you’re absolutely certain you will be able to find it again when you need it. Again, the more you believe this, the more the spell works.

And that’s it! Once you’ve walked away from where ever you’ve placed the item, you won’t find it ever again!

Okay, that last spell to change your life was (mostly) a joke. Here’s a slightly more serious one. This is a spell you cast when you have a problem and you can’t find a solution. The principles behind this ritual involve the idea of expanding your consideration and perspective of the problem to ever larger context. If you perform it correctly, it will give you the clarity to help identify more of the factors that feed into the issue, hopefully giving you the opportunity to fix them.

Create a casting circle. Setting candles at the four corners of the Earth (or four directions, or four Watchtowers, or whatever feels right to you) is a common way to do so, but it should be in a way meaningful to you. This is your problem as it affects the world and life in general. The whole of human life. It’s the greatest possible perspective one can have. Casting circles are common in change your life spells since change your life spells often need something to symbolize the whole of a person’s life. There’s no better metaphysical symbol for that sort of thing than a circle!

Then hold an item that represents the problem. It can be a memo, a printout of an e-mail, it hardly matters. As long as you look at it and it’s a symbol of the issue you’re having. Hold it in your hand, and stand in the center of the casting circle. Face Northward, and consider how the problem was immediately birthed. That is, the specific, exact actions that caused it in an immediate sense. This could be as small as “my partner turned on the light and it startled me”. As long as it was the action that triggered the problem.

Once you’ve clearly and explicitly identified the action, turn deosil (clockwise) to the East. The East represents air, and so you should be considering what problems the immediate action led to. This should be the immediate problem. Not the problems that spiraled, but the upsetting situation directly caused by the action. In keeping with the previous example, this could be “the fact that I was scared triggered my anxiety”. It should be that specific.

Once you’ve clarified that in your mind, turn again to the South. The South represents fire, and so you should consider the actions and situations that most immediately caused the problem to become larger and more destructive. To continue with our example, “I wound up having a panic attack, which has multiple long-term repercussions for me”. It doesn’t have to be as direct and immediate as the previous two because if a fire does anything, it spreads and destroys at an ever larger pace.

Turn again towards the West, or Water. This is where the problem has been cooled. Not solved. Cooled. At this point, you should consider what’s left after those immediate actions. “I am now feeling like my partner did not respect my mental illnesses”. You should not consider why, that’s part of the next step. At this point, you simply restate the problem, but in the context of the previous truths, you’ve found.

You then do the same thing but stepping in a small circle. Each time you make the rounds, you step the problem outwards. “My partner turned on the lights because they had come home from work and the room was dark” might be a good next step. You want to avoid judging the actions. In the above example, it doesn’t suggest whether or not they knew something, such as that you were napping on the couch. It simply states what is true, the room was dark when they got home from work and that caused them to turn on the light.

You keep doing this, expanding the problem as you walk. Hopefully, as you continue to expand the context, you’ll get to a point where the problem will be clarified. In our relationship example, it would be reasonable to get to “my partner knows my anxiety triggers”, but since that’s a judgment you have to stop and question. Is that true? It may not be. If it’s not true, then you’ve found a solution!

Change your life spells are all similar. The idea is to get you to consider your life and your problems. Hopefully, the more you consider and widen your understanding, the more likely you are to find a way to change your life. Keep in mind that you need to focus on the actual issues rather than a broad term such as changing your life with a spell.  Try spells for each issue, and then your life will truly change.

Blessed Be to all