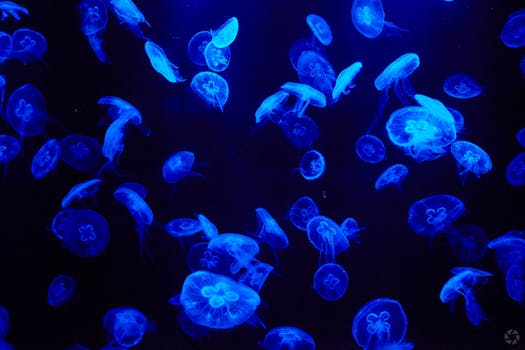 Tthe Dark Reflection Ritual relies heavily on the use of mirrors. However, based on its lore, bad luck doesn’t follow the person who breaks a mirror; rather, the negative energy remains focused in the area in which the mirror was broken, gradually dissipating over time. Of course, the rules change if you break a mirror specifically for the purposes of performing this ritual — that is when misfortune will begin following you around. But if you are able to survive a night of the worst chance you can imagine, there’s gold to be found on the other side, a reversal of luck so striking that individuals who have completed it successfully claim it’s worth the risk.
Ritual isn’t mine.

A mirror. It might be of any type or shape; its only necessary quality is that it be a mirror you are willing to break. A candle. Matches or a lighter. At least one principal, better if a group.

Act I:
1. Begin after sunset, but no less than half an hour before sunrise.
2. Take your mirror up and look your reflection in the eye for three to five seconds, focusing your attention on the negative energy held within the mirror. Then hold the glass up to your face and anoint it with your breath — that is, breathe such that that the mirror fogs up.
3. Repeat this step for as many players as there are in the group, with each player performing the step in its entirety once.
4. After all players have successfully anointed the mirror with their breath, light the candle with your matches or lighter and hold it to the mirror’s surface. When the candle has blackened a small portion of the glass, remove the candle and extinguish it.
5. Break the mirror, releasing the negative energy.
6. Leave the bits of broken mirror where they are and evacuate the area immediately.
Act II:
1. Bad luck will proceed to follow you throughout the evening. Incidents will probably begin small, but will increase in severity as the day wears on. Your survival is dependent on your state of alertness; there are no rules to follow or actions to carry out that will guarantee your safety. The only pieces of information which may be given are the following: Stay vigilant;
And should you end up in a particularly threatening situation, hold your breath for as long as possible.
Act III:
1. Should you survive the night unscathed, your fortune will execute an abrupt about-face with the coming of the first light of dawn: Your bad luck will end, and a series of good fortune will start. Individuals will be nicer to you; success will come easily; and if you’re the gambling type, it is strongly recommended that you buy a lottery ticket.
Additional Notes:
Although the only necessary quality for your mirror to possess is that it be one that you are prepared to break, other qualities might also be worth considering. For instance: How old is your mirror? The risk and the benefit of this ritual depend on how old the mirror is. An older mirror that has seen many gazes will hold more negative energy; accordingly, the strength and duration of your good luck during and after Act III will be higher. However, the threat during Act II will be greater, also. Proceed with caution.
Do you have a personal connection to it? A mirror which has a private connection for you — one into you which you have looked frequently prior to the commencement of the ritual, like one from your bedroom or bathroom — will tailor your great fortune to your likes, dislikes, and desires.
There’s no particular location where this ritual is best performed; however, it’s not recommended that it be conducted at your place of residence. It’s much easier to run from negative energy when you have not gone and released it within the walls of your own home.
Although this ritual may be performed by just one principal, it’s best conducted by a group. The cause of this recommendation goes back to the idea of there being power in numbers: If just 1 player performs the ritual, the negative energy released during Act I will have just one person to follow. The more players there are, the thinner the negative energy will need to spread itself as it tracks you down.
Anointing the mirror with your breath in Act I connects the negative energy inside the mirror to you. Holding your breath in the face of the bad luck following you during Act II will not prevent it from reaching you completely, but it is going to buy you a couple of moments to escape a dangerous situation if needed.
You MUST begin the ritual through the window of time indicated in the directions. Beginning too close to dawn won’t allow the negative energy brought forth from the mirror to fully manifest before the light of the sun purifies it ; and more dangerously, starting during the day allows the negative energy released by the ritual more time to dog your steps. It is not the light of day that will purify the energy — it’s specifically the light of sunrise.
A Last Note:
There is not any way to halt this ritual after it has begun. Do NOT begin it unless you plan on completing it.