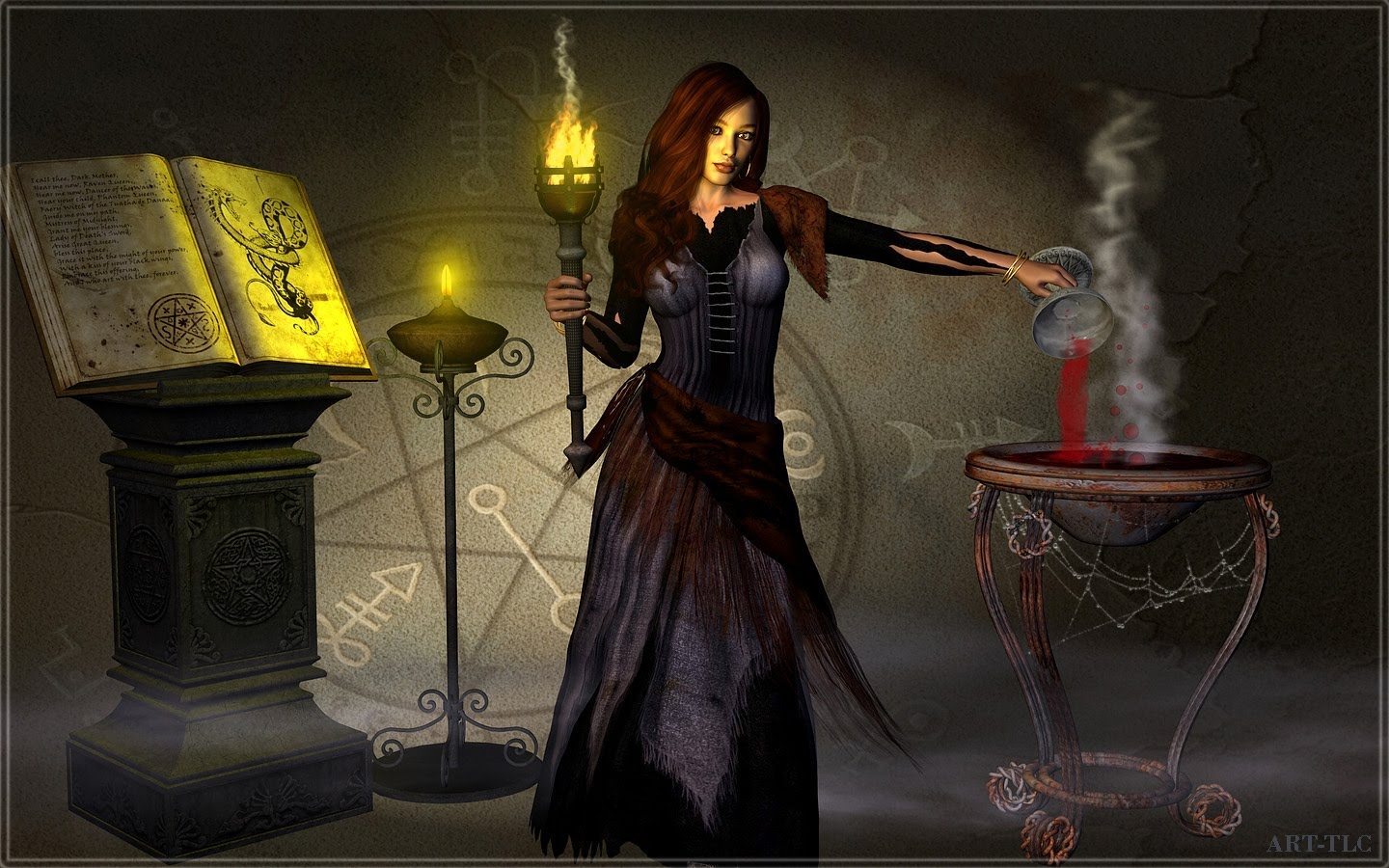 If the first thing that comes to mind when you read the term “sorcery” is a stylized mouse and an accidental army of anthropomorphic broomsticks, you are not alone. For the most part, the term has fallen out of favor in the pagan/witch community, if it was ever even popular to begin with.

The question of why that is true is harder to answer, but we can gain clues by looking at the large mouse and other sources such as dictionary and encyclopedias published before Wicca and Paganism became better known in mainstream culture.

Sorcery is commonly defined as the practice of magic, specifically magic of an evil intent. Practitioners are called sorcerers, sorceresses, or wizards, but rarely is the term “witch” associated with sorcery. Additionally, the term is for the most part considered agnostic having no strong ties to any particular religion. It is a practice with hidden knowledge and facts at its heart.

Meanwhile, the definition of witchcraft, before Gerald Gardner changed it’s meaning with the introduction of Wicca, was associated with devil worship. The traditional representations of witches we have from documents of the actual witch trials that swept through Europe and plays about witch trials in the Americas carry the same theme of a woman or man that has sworn a pack with the devil. This relationship is the key to what gives the “witches” of that period their powers. [fsbProduct asin=’0738714259′ size=’300′ align=’right’]

While no one today puts much stock into the accusations or differentiation’s from hundreds of years ago, the theme of worship is still associated with witchcraft in a way that it is not in sorcery. In this manner, sorcery is more like alchemy, an abandoned early science and kin to modern other fields such as the chemistry. Sorcery is rarely connected with a specific religious practice and therefore could be performed without any belief structure to support it. Additionally, the reliance on knowledge speaks to implications of it being performed only by the well-educated.

Witches, while they come in all shapes, sizes, and religions (even Christianity), still have a strong tie to spiritualism and relationships with the unseen. Often times, they draw their power from an external, typically spiritual sources, whether that be ancestors, Gods and Goddesses, the earth, spirit animals, etc. They set up altars as places of worship and practice their crafts and set out offerings to further reinforce their spiritual bonds. They are also traditionally associated with the “low” people: individuals who didn’t have the wealth needed to have the time for higher education or expensive books, having to rely on superstition over science. Even atheist witches share the relationship and spiritualism attribute. In their case, they build a bond with their higher spiritual selves – a source outside their immediate consciousness – to make their magic work.

Meanwhile, the mouse and other sorcerers work from hidden knowledge of a specific, almost scientific process. The mouse, for example, was nothing without the stolen hat. The fact that the mouse was able to create magic without real skill also suggests the more scientific nature of sorcery: if you follow the formula and have the right tools, it works (to an extent) no matter what your skill.

As a practitioner of witchcraft, I often think of sorcery as “Magic without soul,” though it’s far from an unbiased opinion. People today can still practice sorcery with the right resources. Its usefulness and authenticity as anything other than a disproven science are up to the individual to determine. For witches, witchcraft serves a dual purpose as a way to enact change to the world around the practitioner and a source of faith to enrich their spirit.

Susan Brooke is the author of the pagan blog, Along Came a Spider (http://along-came-a-spider.blogspot.com/). In addition to her work as a part time witch for hire, she is also an excellent project manager, a passable gardener, and a mediocre cook.