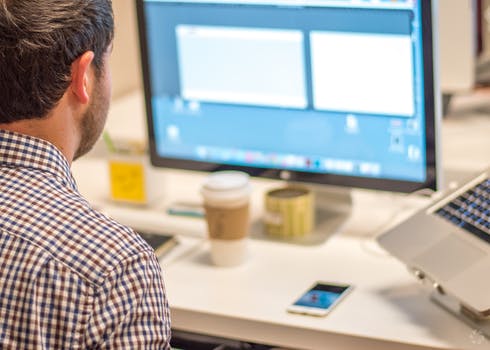 This is a short lesson on why we throw circles, what the Watchtowers are, and invoking Diety during ritual.

Casting Instructions for ‘Ritual Work I’

A question was asked regarding Watchtowers, Cirlces,and Deities. The following is a brief description of each. These are the basics of circle. If anybody else has anything they want to add please do.

The ring is cast to contain your energy untill you release that energy and in addition, it serves as protection from outside forces. The ring generally is about 9 feet in circumference, but may be smaller if you’re by yourself. It is important when casting a circle you follow appropriate protocall. When you cast a circle you generally start in the North or East depending on your personel taste and you cast it by walking Deosil or Clockwise. Then you bless the ring with earth and water then air and fire. Once as the ring is cast then you call in the Watchtowers.

The Watchtowers are known by many names. They’re guardians of the gateways into the elemental kingdoms. They are the Old Ones, they’re the Kings of the realms. They have many forms and many names. The following are a few ways the guradians are observed and their titles which are called upon. Their angelic names are Aral(South), Chassan(East), Taliahad(West), and Phorlakh(North). The Archangels are Micheal(South), Raphael(East), Gabriel(West) and Uriel(North). The sacred animals that are seen as guardians would be the Red Lion of the South, the Yellow Eagle of the East, the Blue Sea Serpent of the West, and the Green Bull of the North. The Kings are Djin of the South, Paralda of the East, Necksa of the West, and Gobb of the North. These are but only a few of the protector manifestations. . .lol.

We call on the Watchtowers as guardians of our circles and to bless and bring their energy to our circles too. You call the Watchtower Tower pretty much the exact same way you throw the circle. Start from the East or North and keep Deosil around the circle calling every guardian at their proper quarter.

There are quite a few quarter calls out there which you can use. At th e end of this post there one is that you can use. Experiment and find those that you like. They can be quite simple or quite elaborate. Remember though when you call the quarters you have to also relese them and send them back to their relams from whence they came at the end of your circle. You do that by beginning with the last elemental you called into your circle and keep going Widdershins or Counter Clock Wise around your circle and releasing every quarter. You can say soemthing as easy as ” Powers of the North and Earth. Great Guardians! I give thee thanks for lending your power and security at my circle on this night, but your prescence is no longer needed at this rite. Return to the realms frome wence you came in perfect love and perfect trust. Hail, Fairwell, and Blessed Be.”

It is important to remember when you are doing circle work you call the quarters BEFORE you invoke the Goddess and God at the start of your ritual. After as the quarters are called than you can invoke the Lord and Lady. It needs to be done in this order so that way the quarters or guardians are found in the circle to help protect the Lady and Lord when you call to them in your circle. After closing your circle or ending your ritual then you thank the Goddess and God first because of their blessings in your circle by saying something like ” Hail to thee Lady/Lord. Great Mother/Father I thank you for your blessings on this night and the magic you helped in my rites. Stay if you will, go if you must in perfect love and perfect trust. Hail and Blessed Be.” We NEVER dismiss the Gods. We always welcome them to stay, but we tell them we understand if they leave. Then you can release the quarters with the words in the paragraph above.

As for the Deities you always want to call them. You might not have a patron Deity right now, but do you not believe in a Goddess or God? A divine mother or father? Usually all witches have a diety and lots of them have a Patron Deity, but it may take some time for them to locate their Gods. If you don’t have a patron deity you can call on them by addressing them as Lady and Lord. You can also telephone on a deity based on what the ritual is all about. If you’re doing a ritual to gain love then you can call on Aphrodite and Eros. Some folks work with Pantheons depending on what they’re drawn to. I work with the Greek and Roman Pantheons. My Goddess is Hecate and my God is Helios. My God changes through the year though. During the winter months I was calling Hades and now it is Helios.

You always want to call on the Gods and Guardians during rituals. Spell work not just as much. It is possible to cast a circle when you do spell work, but you always don’t need to do a complete out ritual for it. This is the Wiccan way.

Now since I am a Hoodoo worker also when I do spell work I don’t cast a circle, I do not call on guardians, and that I do not call on the Gods although I do say prayers as I do my charms. Witchcraft is my religon and Hoodood is my clinic. I keep the two seperate and try not to combine the worlds together. During my rituals they are fully witchcraft. While I do my spell work they are fully Hoodoo. When I do ritual though I do cast my circle, cleanse it, call the Guardians, and invoke the Lady and Lord. I hope this helps….lol. It’s plenty of information. Any other questions you know how to get a hold of me.

West:
Western Ones!
Lend me your presence and your power,
Give me intuition, wisdom, and empathy.
Green-hearted lake, a river wide,
Rainfall’s jewels, sea wave.
Be with me now, Creatures of Water.

North:
Northern Ones!
Lend me your presence and your power,
Give me protection, grounding and sense.
Hill and dale, deep cove, old bone,
Fertile area and soil and stone.
Be with me today, Creatures of Earth.