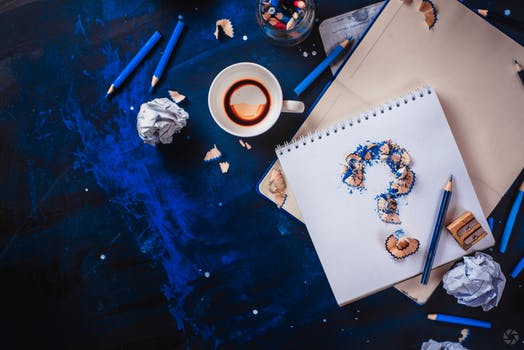 Because I am an eclectic solitary witch, this spell is a mix of many systems that I practice.
This spell came to me after long debate over a “problem” that I HAD with another witch. The inspiration came from one of my dark Lwa and ever since, I have not had the issue again.
My cauldron is suspended (in a darkened corner) under my functioning altar and over a dragon flame candle.
The goal of this cauldron is to be a place of agony, pain, misery, torture and destruction for whoever the witch decides.
Once the cauldron is ready, all that would be needed is a “connection” to the subject to be put in the cauldron.
A link could be hair, nail clippings, bodily fluid, picture or piece of paper with as much of the subject’s information as possibly.
This can be customized by the witch needed.

Mandrake Root
More or 2 Loadstones
Devils Shoestring
Witch Hazel Bark
Valerian Root
Alligator Foot
Black Arts Incense
Hot Foot Powder
Goofer Dust *with brimstone
Graveyard Dirt *not collected properly
Black Salt
High John the Conqueror Root
Dead Black Widow Spider *rather whole rather than squashed, the worse the spiders death the better.
Dead Scorpion *preferably complete and with everything attached still.
Dead Bee(s) or Wasp(s) *preferably whole and not squashed and with everything still attached.
Whole Red Peppers
Black Pepper
Cayenne Pepper
*It should go without saying that the more fresh the dead animal is the better. I don’t advocate killing the insects yourself but that will make the spell more powerful.

**This spell requires the Witch to have the ability to control energy, be a freethinker and be able to produce. Following another witches spell is not good and it is not recommended as your only mimicking another. A true witch will create, so use my spell as a manual but make it your own. Make it mean something to you.
****This cauldron, once done, if done right should make the witch cringe a bit and that’s the point. I am not saying you should be afraid of this… but it should, at the very least, make you nervous opening the lid. Not because of its ingredients but due to the purpose and its power!

I use a medium to large sized cauldron with this spell as I never know how many subjects will be in at the exact same time. You are free to use whatever you have on hand. Not all components will be accessible to everybody and that’s ok, Magick is mainly about the intent and not so much about the ingredients. The more of those ingredients you can find the better and if you just have a couple for now and can order or await others later, then work with what you have and add as you go.

When you construct this spell, it’s REAL IMPORTANT that you are angry, angry, angry and hurt. Now, it’s also REALLY IMPORTANT that you separate those feelings from whoever or whatever was the cause. If you do this spell, you want only the negativity to go in the cauldron and not the person who caused it for you. The reason is that you will want this cauldron to work with more than one subject (if not, then disregard).

Each ingredient can be used for positive or negative, in this case, we need the negative for most ingredients. For some ingredients you want to use for force and/or power.As you place each item into the cauldron that you would like to transfer the energy within that item. You will want to have a cauldron full of anger, fear, poison, hatred and destruction. Once everything is all complete, you might want to consecrate the cauldron. Be creative and mean/feel what you say.

For mepersonally, I place a photo of this subject into the cauldron. The photo usually will have the title, date of birth along with a sigil. *If you don’t have a photo of this topic, be creative or message me for ideas.
Right before putting the subject into the cauldron, I find it useful to consider what they did that wronged me and decide how long I will keep them in the cauldron. I let the anger build up then I move the energy to the photo and put it into the cauldron and walk off.
*I like to think of the length of time they’ll remain in the cauldron before I get mad that way it doesn’t become a ridiculous amount of time. I don’t use this spell on the folk who back talks me or garbage talks me, my family or loved ones as I have other procedures of Magick for them. This is for someone who has truly caused distress, injury, hurt, and pain (Examples would be: someone who raped you or a loved one, someone who tortures you, someone who tries to ruin your name or attack one).
(I encourage you to make this personal to you, if you need help with ideas I’m more than willing to provide suggestions within reason so feel free to message me)