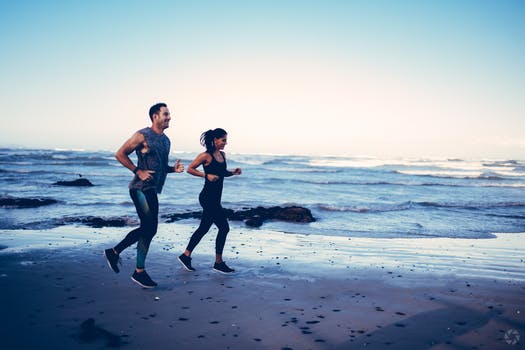 This contains the ki techniques necessary to get a Ki warrior or a Telekinesis practitioner.

Focus as hard as possible on the ball turning into a massive flaming ball of energy. This is actually easier than it seems because it is your energy. If you concentrate hard enough, then a friend about 4 feet off will probally say something like Wow! I just saw a flame., or, Dang, that thing is sexy, or something else like this. If you are a beginner, then on your first year of making it, the best that you will probally make is a really faint ball of fire most likely. I would advise that you have some experience in Pyrokinesis before you start really practicing the move since it is easier to perform.
Cyclone:
This technique uses a spiral force to hit the enemy from multiple directions, then downward spiraling into their organs causing a drill effect(OUCH!) . Stand in a regular wide legged stance(horse stance) and plave your hands palm out with your palms facing the competition. What you want to do is produce a ki magnet which will collect the ki and mana within a certain range. Let your ki out of you to be drawn around your body to the magnet. Now make the magnet spin, so that the ki it has collected, and will collect, begins to circle as well.
At this time, start to draw mana into the magnet. The mana should be spiraling towards the hands due to the magnet. Now combine the ki with the mana so the ki uses the mana to scale out in to the atmosphere and cirlce around your palms as one using the mana. Begin to control your arms with any ki you’ve left. Use the ki in your arms to project the magnet out of your hands and through the opponent. This will cause the spiral of ki/mana around your hands to go inside-out and adhere to the magnet in a high speed. This will create the mana and ki to go drilling through your opponent.
Ki Essence:
This is the ability to force TONS of ki to a bottle, capsule, water drop, or small peice of food, for recoverative functions. This is a really strong healing technique that I devised myself. In this I will use a little bottle for instance. Sit down and summon as much energy as you can. Bring it all inside of you. Then become one with the ki, and place your hands about 4 inches above the bottle. Visualize your palm chakra extending out and reaching the bottle. Fill that chakra with ALL the ki in your body at the time(keep enough to stay ALIVE!) . Imagine a hole in the palm chakras forming and massaging that ki to the bottle. Bring your hands and use mind power to create a mana sheild in the shape of the jar so that no ki escapes out of it. If the needed amount of ki was added, it should look somewhat foggy inside of the bottle. Ive seen someone light up a bottle like a light bulb before(gave me the idea). Program the sheild to maintain energy in, but not out. That makes it safe to put 1-3 drops of water(particularly enchanted) to the bottle. Thus making it an elixer with the essence of ki inside of it.
Sonic Boom:
This a technique named after guiles attack from street fighter, due to simularity.Place your hands down by your waist. Left hand on left side, and vice-versa, with your palms open. Begin to collect energy into the palms. Focus as much energy as you can into it(ki, mana, and psi). Push all the energies in your power in your palm. Now shape the energy so that your palms are surrounded by chunks of energy. Now clinch a fist, and raise your hands to chest level, while focusing on the damage you will cause. Quickly lock your arms into a position like this: Right fist inside of left elbow, and left fist ON your right elbow.

This position will send both mega balls created swirling in your arms. They should swirl like a ring, with the ball created on your right hand shooting into your left arm, then into your torso, immediatly followed by circling back into your right again, and vice-versa. This will create a continuing circle for the energy, and as it travels over and over in that circle, it will gain more momentum and power. The instant that you break the circle by extending your arms straight out, with your palms facing your opponent, the balls will collide and come out through your hands as a devistating shock wave of dissrupted energy. Note that this attack is emotionally, spiritually, and physically devistating to your competitor if fully developed. This should only be used on a living organism as a last resort.