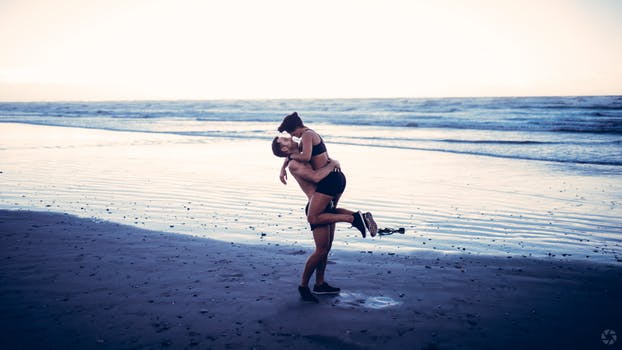 Grounding:
Stand in a fighting position. Feel your body for the ki. Now visualize roots shooting out of your feet and into the ground. Picture the roots planting to the ground and obsorbing ki. Then begin to visualize your energy merging
With the Earth’s energy. This is a technique that provides a little boost to the ki attack, and helps prevent burnout.

Ki Ball:
Cup your hands like you’re holding a large baseball. Focus on your hara and the energy inside of it. Bring that ki into your chest, then down your arms in your hands. When a descent amount of ki is in your hands, have it emerge and meet in between to form a ball. You should be able to feel it is energy. Do not worry if you can’t see it, you’ll be able to when you become more advanced.

Drawing ki:
Sit in a cross-legged position. Back straight, chin up. Place your hands so that your left hand is holding your right calf muscle, and vice-versa. Close your eyes and begin to breath slowly. 4 seconds breathing in, hold for two, breath out for 4, hold for two. This is known as the four-fold breath. It relaxes your mind and body. After about 10 times of doing this, start doing the following: Breath in like you normaly would, but this time picture breathing at the ki around you. Have it go you up nostrols and stop there once you hold your breath. As you breath out, concentrate on the ki traveling down your body and splitting into two parts so that it can go down both your arms. Allow the ki flow down both arms and into the calfs. Keep the ki flowing up your thighs untill it pops up at yo ur hera. Repeat this untill you feel you have drawn enough energy. After a while you will be able to draw in ki while you’re doing something.

Ki sensing:
Close your eyes and think of someone standing around you. Visualize the ki inside of their body. Now reach out with your ki and touch their’s. The stronger their ki power is, the larger the knot in your stomache.

Ki Sheild:
Feel out th ki on your body. Feel it flow through your merideans(energy channels). Now begin having ki come from your hera, and more ki out of your body. The ki that comes out of your body have form around you at a crystall form. After a minute or so you should have an entire outer shell around you. Now begin filling the distance between your body and the outer shell with ki. After this is accomplished, visualize the outer shell of the full sheild turning into hard, invincible metal or steel. The harder the concentration, the stronger the sheild.

Attacking with ki:
To attack with ki, do this. When you take your ki in something/one, you will need to shoot it THROUGH the competition. The cause of this is that the ki will serve as a sonic boom and generate a shockwave. This rupters their ki and will sometimes send them crumbling to the ground gassping for atmosphere. But there’s something to remember. Closing the distance increases the outcomes of the attack. When ki travels too far, it begins to fall apart. Additionally, a physical attack that is charged with ki is far more devistating. Because there is no space between the ki and the opponent.

Standard Ki blast:
Put your hands to your side and make a ki ball. You should be standing in a wide stance. Concentrate on the competition, but keep concentration on the ki ball. Keep adding energy to it untill you think it’s enough. Concentrate on the ki inside of you radiating out about to explode with it’s true force. Lean foward and thrust your hands out in a double-palm strike. Tighten you hands and explode the ki inside of you to let it out in a brief, devistating, burst. Push the ki ball away from your body and throughout the opponent. This will likely only cause the competitor to loose stanima and concentration. NOTE! : Do not execute this technique and make physical contact. Only do this as a last resort. If the blast is powerful enough and bodily contact is made, organs may dissentigrate, and the individual could die or blow up.

Ki Punch:
Start to feel out the ki in your body. Now let it flow into the hand that is going to attack. Maintain the ki inside of the hand. Once you’ve collected a sufficient quantity of ki, start focusing behing your opponent. Focus on the distance behing him. Then tell yourself you are going to punch that distance. Attack and let out a shockwave of ki going through the opponent the instance you make contact.

Ki kick:
Fill your leg with ki and repeat the instructions for ki punch, replacing hand with foot.

Ki flame:
A version of this power up. Start drawing energy ands letting it flow through you out entire body. Keep drawing in more and more. Fill out your inner and outer body with ki. Next, make all of it burst and come outwards so that it’s outside of your body surrounding you like a fire. For visualization: If you watch dragon ball z, this is the power they utilize.

Speed to Boost:
This is farely easy. Wave your hands in the air before you. As your doing this, visualize an image of the hand moving at a quicker rate. Bring your hand back and perform a front punch. As your arm extends, envision the psychological fist drawing back. As your real fist brings back, picture the psychological one striking. Practice this with both hands. After continuos practice, you will begin to see results. It’s a psychological trick, I honestly don’t know why it works.

Basic Ki Healing:
Place your palms on the wounded or painful area. Let your ki flow into the wounded area. Picture your ki as the color yellow, and the pain as the color red. As your ki enters another person’s body, have the yellow energy overpower the red energy. In your mind it should look like the yellow is eating away at the pain. After about a minute, their should be no longer red, meaning no more pain.

Ki Healing version 2:
Place your hands about an inch over the person who’s injured. Wave your hands across their body and pay attention to any of the energy that feels different than the rest. That it the origin or their pain. Touch the wounded area and picture grabbing the pain and discharging it in the air to be cleansed. Replace the energy area with a number of your ki. Healing takes about 5 minutes to go in to effect. Ki
The techniques I have so far on this page listed in order are the advanced ki blast, jing burst, multiple ki balls, ki matoshi, genki dahma, spirit up, burning knuckle, large bang blast, sudden impact, and soul mine.