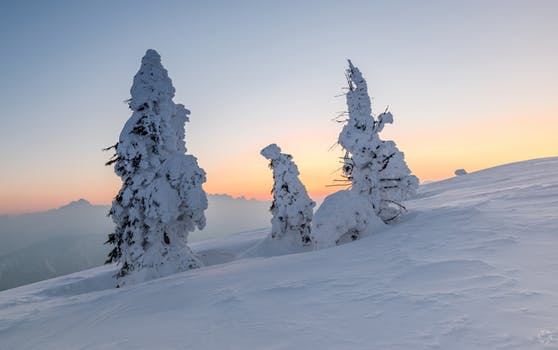 Information on trees which are considered magical.

2. The Ash Tree-it is said to be an ancestor of humankind. In Greece powerfulfamilies were considered to have come from trees. Norse Godspopulated their sublunary world by breathinga soul and spirit with a race into an ash tree. In Norse myth, the ash is Yggdrasil, which is thought to be the supportstructure of the universe. Today in places people will leavetokens of human hair dangling from an ash tree in the hopes their wishes,hopes and desires .

4. The Pine Tree-the tree of the sun. Its old title was “the sweetest of woods”. Pineis’ odor . The pine was also sacred to the sea-godNeptune(Poseidon) and to Bacchus (Dionysus).

5. The Broom Tree-as you can imagine, the properties associated with the broom shrub is that of flight and astraltravel.

6. The Silver Birch Tree-associated with Lammas tide on August 1,the light of the stars, the moon andthe sun.It is a symbol of summer. It’s said since in ancient times it was the birch that prepared theearth floorfor the majestic oak to be 28, the birch is the theoak tree. It is said this tree inthe springtime is loved by the fairies.

7. The Alder Tree-associated with water. The catkin bearing alder withstand corrosion in its wateryhabitat.The water spirits, the undines love this tree as well as the unicorn. Ofan alder shrub that was Theleaves can be made to treat kidney issues.

8. The Holly Tree-symbol of immortality, vitality and the life force. It is thought to be a luckytreeto grow in the garden because it wards off negative energies. The shinygreen leavesrepresent the vitality of life even in the coldest of times and is used forthis reason that is inYule. It is lucky to burn dried holly branches but not if their stillgreen.The male holly shrub the prickly one) and the female holly tree(the smoothvariegated one)are occupied by the holly man and the holly woman.

9. The Juniper Tree-considered a tree and unlucky to cut a juniper tree down. Thetree has anabundance of healing properties. Infusions can be made to treat arthritis, kidney andliver problems, dropsy and help the elderly.

10. The Hawthorn (Whitehorn or May Tree)Tree-this is the most sacred tree to the fairies probably because it’s so crazy,uncompromising and aromatic. If you sit beneath the thorn tree on may day eve,samhain eve and midsummer eve it is possible to commune with the fairies. Make a balloflast years foliage tied with a white ribbon and burn it in a bonfire on newyearsday to rid yourself. Start fresh in the new year then by makingyourselfa ball of new thorn branches and leaves and keep it to be utilised in the nextyearsbonfire.It is said that when Joseph of Arimathea came to Glastonbury hebrought a whitehawthorn with him and planted it in Wearyall Hill.

11. The Elder Tree-People used to believe since it would bring a death in the family it was unlucky to bring any portion of an elder tree intothehouse. It actually has afeminine soul.It is magickal, healing and fragrant. If planting an elder tree likes to be protected and hidden. In fact the fairy trees like to be planted at a distant.

User34272 contributed this article
Added to Spells Of Magic