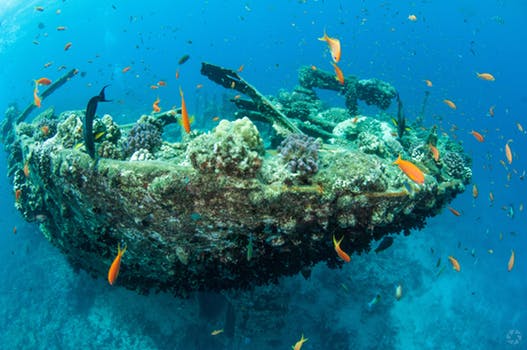 Not exactly a spell, but a set of instructions for controlling (and surviving an encounter with) the mythical Indos Worm

The Indos Worm is a giant semi-aquatic monster that’s closely related to the lamprey. Despite its misleading name, this creature is in fact a jawless fish, although physically it appears more similar to a leech. These instructions detail how do deal with this monster, control it, and prevent it from consuming you.

TO SURVIVE AN INDOS WORM ENCOUNTER:

1: Cover your face. An Indos Worm will generally strike by directing a spray of intestinal acid to the face of its prey, then lunging forward and latching onto its prey with its jaws. The acid isn’t powerful enough to melt flesh quickly, and isn’t deadly if washed off with a certain degree of haste. Still, if you put it in your eyes, you may find yourself blind or at least in a great deal of pain.

2: Dodge and roll. Duck as the monster charges and roll out of the way of its jaws. This creature is not even close to intelligent and will take some time to reorient if it misses in its assault. Also, once it grabs you in its jaws, you’re almost sure to be murdered. Prevent this beast’s mandibles no matter what.

3: Aim for the neck. This region bears the animal’s gills, which are at first indistinguishable from the ridges from the animal’s neck. Wait for them to start as its sucks in water to breathe. This will show you their location. This part of the Indos Worm’s body is very vulnerable to harm, so striking it here with even a spear or rock can soon halt its assault.

4: If all else fails and you can’t drive the creature off by hitting its gills, throw any food you might have towards it and flee. The “worm” will consume the easiest-to-catch prey it can find, so eating your meals will seem more attractive than ingesting you– especially if you’ve already hurt the animal. Still, these animals routinely exceed fifteen feet in length and have big appetites, so you will want to break free from it fast.

5: Get on shore. The Indos “Worm” is a fish, but like a mudpuppy it could propel itself up on land. However, as soon as you are about 20 feet from the water’s edge you can consider yourself safe and out of range of its attack.

TO CONTROL THE INDOS WORM:

1: Feed it. You will have to dump food into the region around this creature’s den at precisely the same time, every day, for at least 2 weeks. After this point the worm should be acclimated to you and should expect your feedings.

2: Train it like a puppy. The worm is deaf, but you’re still able to direct its actions. By way of instance, the monster may playfully rush you when it needs food. Grab its head and flip it away, then reward it with meals. Once you repeat this several times, it must turn away on its own before it reaches you. Continue to reward it for at least two days after it learns a new trick or command.

3: Use gestures, not words. This animal has no hearing organs and thus must be directed by touch. Try associating specific actions with specific orders. For instance, you could train it to attack if you pat its head repeatedly.

4: If you can not be bothered to spend some time training the monster, an easy way to make it attack or go to a particular location is this: throw chum, with a great deal of fish or animal blood mixed in. This should set the creature into a feeding frenzy and ship it barreling towards where you dumped the chum. DO NOT stay in the water once you throw chum. Dump or throw it into the river from the shore a safe distance away. The worm can’t detect airborne scents, so you should be safe from attack unless you’re in the water while holding the chum. It is only going to attack when the chum hits the water.

TO RIDE AND INDOS WORM:

1: Jump on from above, and lock your knees firmly about the monster. Wrap your arms around the back of its head.

2: Twist its head in the direction you want it to travel. This may take effort, but the pig’s body follows whatever direction its head is pointing. This allows you to steer the animal without training it.

3: To dismount, unlock your thighs and slide from the monster’s tail. This gives you a few extra seconds to escape while the monster turns its gigantic bulk around.

4: Alternatively, spend some time training the worm to carry you. The same training method outlined above (see “Controlling the Indos Worm”) should do the job for riding as well.