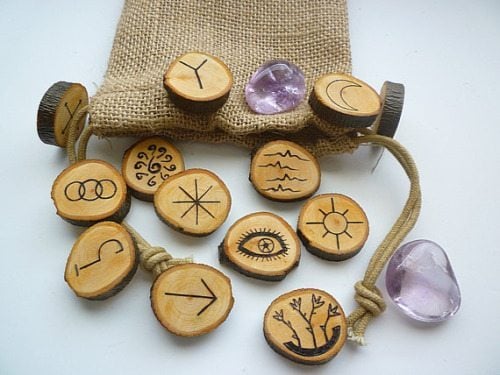 A Breakdown of Different Witchcraft Symbols

You can start by considering some of these witchcraft symbols below:

In terms of symbols, this is likely the most recognizable when it comes to witchcraft. The reason for this is that many movies and horror stories have used this symbol whenever witchcraft is the theme of the movie. At its basis, the pentagram is a five pointed star which refers to the five elements of the universe. These elements include Earth, wind, fire, spirit and water. They play a huge role in witchcraft symbols and the way that they are used throughout the course of this belief system. It is important to understand this symbol for that reason.

This has roots in Kemet practice and principles, and was used by the ancient Egyptians throughout the course of their worship. It refers to the god known as Osiris. By understanding the symbolism associated with this pagan religion, it is critical knowledge that will help you deepen the impression. There have been many stories passed along about this form of mythology, which is why you should also do your diligent research in that regard.

[fsbProduct asin=’1435126378′ size=’300′ align=’right’] This particular symbol has been used at length within witchcraft and pagan worship. It has a number of meanings and representations, including the birth, death and rebirth cycle. It has also been used as a sign of fertility of sorts, which makes it one of the most used symbols throughout the course of this belief system. It has been used for centuries and is widely recognizable, particularly due to the fact that it has been used in a number of cultures, societies and translations, from Satan worship to the Bible itself. Because it has been used by many different people, it has taken on a number of different connotations and meanings over the years.

This is a type of symbol that wiccans use in order to gain an understanding of various energies. This symbol represents protection from evil and dark energy. It has also been equated as a different version of the pentagram in a number of circles and cultural systems.

When it comes to these witchcraft symbols, the key take away is that there are many different meanings given to them. Paganism is a practice that has developed and evolved throughout the years, so there is rarely one true definition that is universally accepted, though many symbols take on a common practice and agreed upon meaning. This is the very basis on which belief is formed and they give a glimpse into many interesting ideas that people who ascribe to these various belief systems.

If you truly want to do your research and learn more about the symbols and their meanings, there’s countless literature you can consult in order to find out more. This way, you will be able to read and take in plenty of knowledge which will help shape and form your own opinion or belief system related to each and every symbol laid out in this article.

1 thought on “Understanding some of the most common witchcraft symbols”