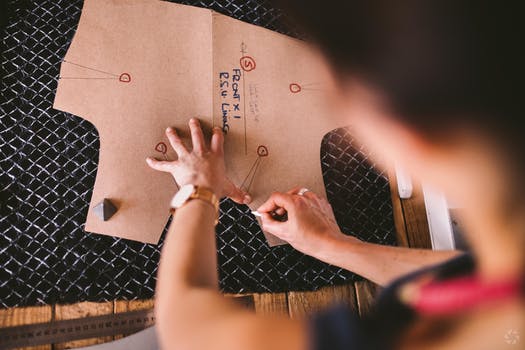 These are basic terms used in the craft. They’re Copyrighted by Rowan Moonstone and Durwydd MacTara and permission was granted to replicate the terms if used to share as lessons.

AKASHA- the spiritual ether (or Aether); the omnipresent
Fifth occult element which embraces the other four- earth, air, fire, and water; and where they stem. This is the
Realm of “pattern” or causality, from which the realm the
normally thought of “five senses manifests. Some define it
is the “other” of the “two worlds” that the witch or
magician walks between.

ARADIA- Daughter of the Goddess Diana, and a title for the
Goddess used by Italian Witches or Strega, commonly used in
many Wiccan traditions today.

ASPECTING- Any advanced magickal action in which a professional manifests a specific aspect of the Goddess or God, in thought,feelings, behaviour, appearance, etc.. Often as a direct result of a “Drawing Down”. Often a minor variation of the phenomena occurs with the choice of a “Magical Name”, of Craft Name.

ASPECTS- Types, aspects, or personas of Deity: for example, Brighid, Iseult, Eos, and Kore are all aspects of the Maiden, and the Maiden is an aspect of the Goddess.

ATHAME- black handled, double edged dagger. Principally used
To cast and dissolve the ring, for which purposes it is
Interchangeable with the magical sword. A tool of the “Element” of Fire at the Georgian Tradition and some others.

BELTANE- May Eve festival. One of the Ancient Celtic “Fire
Festivals.” On this night, the cattle were driven between
Two bonfires to protect them from illness. Couples wishing
for fertility would ” jump the fires” on Beltane night. Also
The traditional Sabbath where the principle of the “Wheel of this
Year” is returned to the Goddess. This Festival also marks
The transition point of the threefold Goddess energies from
those of Maiden to Mother.

BOOK OF SHADOWS- Traditionally hand copied book of rituals,
recipes, training techniques, guidelines, and other
materials deemed important to a Witch or a coven. Each
Tradition has it’s own standard version of the Book and each
Witch’s book will be different as he or she adds to it with
Time from many diverse sources. Only another Witch can see
your book of shadows. Also, traditionally, it may never
leave your hands or possession until death, when it should
be destroyed, or (in some traditions) returned to the coven
to be disposed of.

BURNING TIMES- a term used by some Witches for the period of
Persecution from the Middle Ages and later. It’s in fact a
misnomer in some places, as Witches were only burned in
Scotland, and on the continent of Europe. In England and the
U.S., they were hanged.

CANDLEMAS- Festival held on Feb. 1. One of the 4 Celtic “Fire Festivals. Commemorates the changing of the Goddess from the Crone to the Maiden. Celebrates the first signs of Spring. Also called “Imbolc” (the old Celtic name). This is the seasonal change where the first signs of spring and the return of the sun are noted, i.e. the first sprouting of leaves, the sprouting of the Crocus flowers etc.. To put it differently, it’s the festival commemorating the successful passing of winter and the beginning of the agricultural year. This Festival also marks the transition point of the threefold Goddess energies from those of Crone to Maiden.

CARDINAL POINTS- North, South, East, and West, marked in the
Georgian Tradition by candles of green, red, yellow, and
blue, respectively. The Circle is drawn to connect these
four points.

CHALICE- one of the tools of the Witch. Placed on the altar
to represent the element of Water.

CHARGE OF THE GODDESS- The Standard words of the Goddess
to her followers, or “hidden children”. Normally declaimed
By the HPS at every coven Circle.

CIRCLE- the area in which the magickal worship and spells
takes place. Can also be used to designate a particular
group of Witches or Pagans such as “Silver Acorn Circle”.

CONE OF POWER- power raised in the circle by the Witches
Assembled, and sent out to the world to work magick, is
Usually visualized as being retained and built in the form
Of a “cone” prior to release.

COVEN- an organized group of Witches, led by a High
Priestess or a High Priest who meet regularly for
worship and fellowship. The traditional membership is 13,
However, in reality most covens number substantially less. 3 is the
Minimal in the Tradition. In Middle English,
“Covin” a group of confederates; In Old French “Covine” a
Band or group with a single purpose; Latin “Com”-together,
“Venire”-to come or move.

COVENSTEAD- regular meeting place for a coven. Usually the
Home of the High Priestess or High Priest.

COWAN- a non-Witch. Formerly Utilized in a very derogatory
manner. Still used in Masonic Ritual to indicate the non
Initiate and/or pretender to “real craft”. Not often used
Now among most Witches.

COYOTE ENERGY- trickster energies. Named for the American
Indian Trickster, Coyote, who tricks man into learning what
He wants to learn. Applies to one who constantly jokes and
clowns. Also applies to the concept of “Holy Fool” in several
traditions.

DRAWING DOWN THE MOON- Ritual invocation of the spirit of the Goddess into the body of the High Priestess from the High
Priest.

DIVINATION- magical method of exploration or inquiry into a
Situation through such methods as Tarot cards, runestones, I-Ching, etc..

ELEMENTS- Earth, air, fire, and water, plus spirit, which
includes them all. These are regarded as realms or categories of nature (both substance and non-material) and are not to be confused with the physicists table of elements, which the modern witch, of course, accepts.

ESBAT- weekly or biweekly meeting of a coven. Traditionally
Held either on the full moon or the new moon.

FAMILIARS- Either a Witch’s pet animal which has been
Trained to be a magickal helper, or an unnaturally
created “elemental” which performs the same functions as
the animal friend.

FIVEFOLD KISS, FIVEFOLD SALUTE- The Witches’ ritual salute,
With kisses; (1) on each foot, (2) on each knee, (3) above
The pubic hair, (4) on each breast, and (5) on the lips-
Really 8 kisses in all. It’s only used within the Circle,
But the words that go with it will be the source of “Blessed
Be.”

GARDNERIANS- Tradition of Witchcraft descended from the
teachings of Gerald Gardner.

GNOMES- an “entity” or “elemental” that dwells in the plane
of Earth or is associated with the EARTH Element.

Terrific RITE- The rite which is the primary feature of the third
Degree initiation, and which can be laid down for certain
festivals. It is sexual in nature, but may be real and private to the couples concerned or symbolic, as the
participants wish.

HALLOWS- name used by some customs for Samhain, or
Halloween

HANDFASTING- Wiccan equivalent of a wedding. It can be made
Legal if the Priestess and/or Priest are registered as clergy with the local authorities, or it may only be considered binding within the coven.

HIGH PRIEST/ESS- Technically speaking, a Witch who has
received the 3rd. degree initiation. More usually, the man
and female leaders of a coven.

INVOCATION- The ritual “calling-in” of an entity (or energies) greater than human, either for communication with the caller through a medium or by visible manifestation or else to enter into a human body as in the Drawing Down the Moon. In some traditions, a Prayer.

LAMMAS- August 1st. Witch Festival. The Old Celtic name for
This festival is Lughnassadh. It’s the Festival of the
First Fruits, and is the first of the 3 harvests. This
Festival marks the change of the Threefold Goddess
energies from that of Mother to Crone.

MAIDEN- An appointment held by one of the women of the coven. She is virtually the assistant High Priestess. This term is also the descriptive term used to describe the first of those elements of the Threefold Goddess Energies (Maiden, Mother, and Crone). It is traditionally associated with the Waxing Moon, and the period from Imbolc (Candlemas) to Beltane (May eve) where the energies are those of initiating, beginning, and production.

OLD RELIGION- another name for the Craft.

PAGANING- Presentation of an infant to the Circle and to the
Gods.

PENTACLE- a disk shaped talisman; in particular, the metal
Disc which represents the earth element one of the witch’s
working tools.

PENTAGRAM- The five-pointed star. With a single point
uppermost, it represents the human being. Inverted, with two
Points uppermost, it may have Satanist institutions; but not
necessarily. Some traditions of Wicca use the inverted
pentagram to signify an initiate of the second degree.

QUARTERS- The North, East, South, and West parts of a
magickal circle or other ritual area. (See also “Watchtowers”)

SABBATS- holy days of Wicca or the Eight festivals.

SALAMANDER- an entity that resides in the realm of Fire.

SAMHAIN- The festival of remembrance for the dead, held on
the eve of Nov. 1st. It’s the last of the three harvests.
This festival also marks the transition of rulership of this
“Wheel of the Year from that of the Goddess to that of the
God.

SCRYING- usually using such methods
Gazing, or divination via incense smoke, or water instead of
To tarot or other manipulative means.

SPELL- a prayer, or verbal direction of magickal energies
Toward the accomplishment of some goal.

SUMMONER- The male officer of the coven who corresponds to
the Maiden. He is the High Priest.

SYLPH- an “entity” or “elemental” that dwells in the plane
Of Air or is associated with the AIR Element.

TRADITIONS- any of the various “sects” of Wicca such as
Gardnerian, Alexandrian, Georgian, Seax, etc..

UNDINE- an “entity” or “elemental” that dwells in the plane
Of Water or is linked to the WATER Element.

WAND- A rod or staff that is prepared so that it may be used
for magickal or psychic purposes, usually to project some
form of power.

WARLOCK- a term coined in the Burning Times . It was used to
Denote a traitor to the Craft, or one who had betrayed the
followers of the Old Religion. It’s origin is Scottish.
Due to the negative connotations, it is not used by most
Wiccans today.

WATCH TOWERS- Originally from the Enochian branch of
Ceremonial Magick, now incorporated into many “Traditions”
of Wicca, these are the four elemental “directions” or
“quarters” (corresponding to the appropriate points on the
compass) called to protect the Circle during its
establishment. Each of them have a correspondence between
The compass point, an element, and (varying amongst
Different traditions) color associated with them.

WICCA- the name most modern day Witches use for the Craft.
It comes from the Anglo-Saxon term Wicce, meaning to bend or
to shape. This is the root word from which we get wicker.

WHITE HANDLED KNIFE- the working knife of a Witch. It is
Used to carve candles, and for fashioning the other tools.
Traditionally, it may only be used in a Circle.