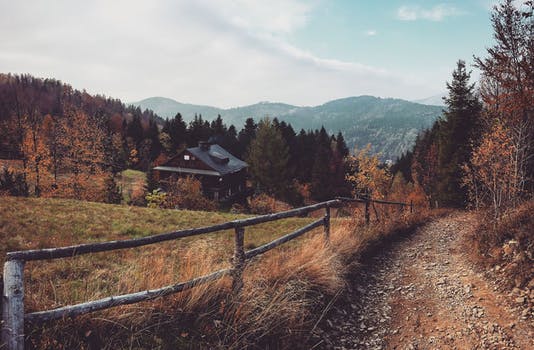 The Basis for opening the gate

This is a technique developed based on the etymology of the name of the Goddess Macha, who is not just a war goddess, but a goddess of Sovereignty also. The origin of Her name implies, field, plain, an enclosure for milking cows, pasturage for beasts, closed field, or corral. Thus the origin of the goddess name means a secure and nurturing enclosure. This is sacred space, the innangardhr, where peace and stability reside. The concept of sacred space or a circle is not a new idea and could be found throughout Ceremonial Magick as well as Wicca. By calling upon Macha, you can establish a sacred space or enclosure. First you would visualize a golden wall surrounding the working area. Start a 1 point, and pivot counter-clockwise forming the wall as you spin (More on the value of counter-clockwise later). When you’re completely surrounded by the wall, next form a roof and then have the gold light travel below to ensure you and your working area is surrounded by a planet.

Then say the prayer as follows: We call upon Macha, whose name is the closed field, the fencing, the milking yard, the pasturage for beasts. We ask, Holy Macha that a sacred space be established here, by and in thy name. Let a magickal enclosure surround us as a corral encloses our cattle, insuring safety and succor, that we may work our magick free from harmful outside influence and the forces of destructive chaos. Macha… Macha… Macha.

The last three intoning of Her name should be vibrated so the force of Her name fills not only yourself, but the whole working area too. Vibrating a word or name is used to make resonance between it and you, much like how one tuning fork, when struck, can result in a second fork to resonate and make sound even though they are not touching. Machas name should be vibrated to make resonance, and to access Her authority. (part of linking ones self with a higher power). To vibrate, the title to be used is chanted, usually in a deeper voice than usual. One tries to produce more resonance in their voice. Imagine that the noise reverberates throughout the space and within oneself, that everything is influenced by the noise.

When the sacred space is created, it must be cleansed. First, visualize a brilliant white light above you, close to the top of the enclosed area. Now see light stream out of this to completely fill your sacred space. Know that as the light fills your area, it cleanses everything, on all levels, and that no negative energies could stay. The energy should swirl in a counter-clockwise direciton.

When this notion of cleansing can be fully felt, say: Peace up to heaven, heaven down to earth, earth beneath heaven, strength in each, a cup quite full, full of honey; mead in abundance. Peace to all, summer in winter.

Now, you have a secure, working area. This enclosure also acts to contain magickal energy as it is raised in order to concentrate it in one spot.