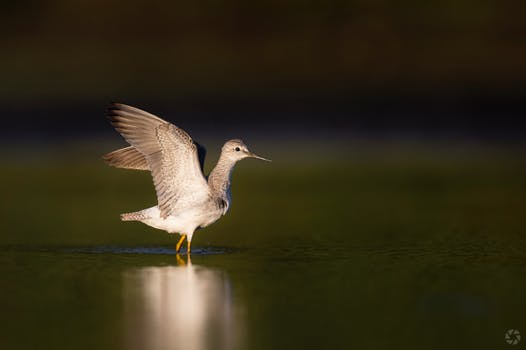 Casting Directions for ‘Lesser Ritual of the Pentagram’

Play the Qabalistic Cross as follows:
Imagine, at the very first word intoned, a brilliant white light descend from above.

Touch the forehead and vibrate

Imagine that same brilliant white light form a 6 inch diameter sphere just above the crown of your head.
Touch the middle of the solar plexus and vibrate

Envision a shaft of light descending from the Crown Sphere and descend into the toes where another 6 inch sphere expands just under your feet.
Touch the right shoulder and vibrate

Imagine a 6 inch sphere of brilliant white light look just next to the right shoulder.
Touch the left shoulder and vibrate

Envision a shaft of light emerge from the ideal Sphere and cross your breast to expand and form another Sphere in your left shoulder.
Clasp the hands before you and vibrate

At this point imagine clearly the cross of light as it extends through your body.
Hands as before, with the dagger between the fingers, point up, vibrate

AMEN
Note: Any picture or figure traced in the air with the finger, dagger or other magic instrument, is to be imagined in vibrant scintillating white Light. In more advanced working, other colors may be used. Make sure that all images drawn are correct, as brilliant as possible, and complete. The beginning and end of a drawn Pentagram should come fully together.

Draw, in the air facing EAST, a Pentagram (it’s tracing wau depends which elemt you Want to invoke or banish), and bringing the point of the dagger into the center of the Pentagram, vibrate the Name

Y-H-V-H
(pronounced YAHD-HEY-VAU-HEY)
Imagine that your voice carries forward to the very limits of the world.

Without moving the dagger (or finger) in any other direction, trace a semicircle before you as you turn toward the SOUTH. Again follow the Pentagram, bring the dagger/finger to the Middle of it, and vibrate the Name

ADONI
,
Again, trace the semicircle with the dagger to the WEST, trace the Pentagram, bringing the dagger/finger into the center, and vibrate the Name

EHYEH
,
Then, turn towards the NORTH, while tracing the circle, follow the Pentagram, bring the point of the dagger to the centre and vibrate the Name

AGLA
, (could be pronounced either AH-GAH-LAH or ATAH GIBOR LE-OLAHM ADONAI)
Return to the EAST, completing tracing the circle of brilliant white Light, bringing the dagger point to the center of the EAST Pentagram.

Extend the arms in the form of a cross, say:

BEFORE ME (then vibrate)
RAPHAEL
Envision a scintillating brilliant white Archangel before you and facing you. In his/her right hand is a magic Sword held with the point upright. The background is a pale, pure, bright yellow. Cherubs can be imagined near the Archangel. Imagine a gentle, refreshing breeze, cleansing and purifying the air.

BEHIND ME
(then vibrate)
GABRIEL
Envision a scintillating brilliant white Archangel behind you and facing you, holding in their right hand an exquisite silver Chalice. He/she is standing on a Cerulean-blue sea and dolphins or mermaids are nearby. Imagine feeling the mist and cool spray of the ocean breeze.

AT MY RIGHT HAND
(then vibrate)
MICHAEL
(pronounced MEE-CHYE-EHL)
Imagine a scintillating brilliant white Archangel in your right, facing you, and holding in their right hand a transparent scarlet red Wand with a scintillate pure diamond shirt. Length of scarlet, red-orange and orange flame in the background. Additionally, SEKHMET, with a scarlet disc above her head, emerald green Uraeus, scarlet dress from just below breasts, tight-fitting, down to her ankles, is in the flames. She retains, in her left hand, a scarlet-red lotus wand. In her right hand, she holds an emerald-green ankh. Small black salamanders could be seen moving among the fires. Imagine you feel the warmth and electricity emanating from the SOUTH.

AT MY LEFT HAND
(then vibrate)
URIEL
Imagine a scintillating brilliant white Archangel at your left, facing you, and holding between their hands a Disk with a scintillating white Pentagram at the center. The ground is russet-brown, the leaves of the trees are olive-green, there are black shadows from the trees in a number of places, and the light is citrine (light yellow-green.) Feel the solidity of the Earth, and imagine the odor of the leaves and muskiness of the ground.

ABOUT ME FLAMES THE PENTAGRAMS, AND IN THE COLUMN SHINES THE SIX-RAYED STAR
.
Imagine the complete circle of brilliant white light at whose quadrants are the 4 Pentagrams. At the center is the Cabbalistic Cross of Light extended through one’s body.

Note: The topic of the vibration of Names of Electricity is discussed at length in other sources. The Names should be pronounced inwardly in the breath, vibrating it as much as possible and feeling that the whole body throbs with the noise and sends out a wave of vibration directed to the ends of the planet, according to Regardie. Time and constant practice of the ritual, an invoking ritual, in the morning and a banishing ritual, in the day, are standard recommendations, and will produce the desired result. There is no specific frequency or degree of volume that’s suitable for every individual. Each individual must practice to find the resonant vibration that will work for him/her. Some benefit can be obtained by listening to the chants of Tibetan Monks which can be seen on cassette and CD. Other occultists assert that definite somatic effects will manifest when the vibrated Names are performed correctly, like tingling in certain areas of the body. I believe it’s important to vibrate the Names at the same time one imagines the Title from scintillate white Light, rushing up through the body and outwards toward the end of the Universe in the particular direction one is working with. It is necessary to pronounce the Names properly and clearly and, based on Traditional Jewish sources, never announce the Names casually, but only in Holy or Theurgic Work. One is admonished to NEVER lower the hand or Magical Instrument whilst tracing the Circle or at any other time, unless specifically instructed to do so. It’s intended to use the banishing variation of this ritual after it’s invoking variation.

This article was contributed by User80832
Added to Spells Of Magic