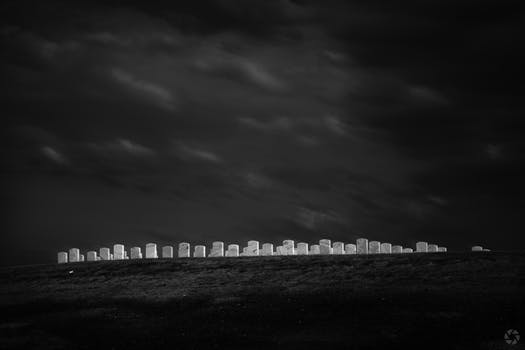 This will cause the goal to be obsessed with death.

A power signature of the adversary. (If possible)
Substitute a photograph, if you are not able to acquire an energy signature. If you are unable to acquire a photograph, sigilize the full name of the enemy on parchment in red ink.
Small cauldron or pot
Couple pieces of bread
Excrement of any animal (cats work best, simply find a litter box and scoop a bit)

Put the energy signature (or photo, or sigil) between two pieces of the moldy bread. Mash it together and round it so the energy signature is enveloped completely from the forces of decay. Place in the bottom of the cauldron. Then add the animal excrement and, if discovered, any items to which the enemy has an allergic response. Stir in a widdershins motion. Vocalize your contempt for the enemy without being self-conscious. Shout, scream, stir up as much hate as you possibly can and direct it to the fetish for as long as could be sustained. If you wish, visualize the fetish as the enemys head and mock striking it or create flailing gestures and strain the muscles in your hands and fingers as you do so. The best time for this, of course, is the later phases of the moon. If you wish to add archetypal energy to this out under the waning moon, invoke or assume the god-form of Saturn or some other deity of death youd like and ask Hir to emphasise your aims. If you assume the god-form of the deity in question, become a suitable conduit of the energy and direct it toward the fetish and imagine it mingling with all the energy of your own hatred already there. This is very potent as you’re including macrocosmic energy with microcosmic energy. Leave the fetish on the property or doorstep of the adversary. If this isn’t reasonably practical (if they live far away, by way of example) you can just leave the fetish out under the waning moon and astrally bring the etheric substance of the fetish to their home. Banish with laughter or floor with a meal and forget it.