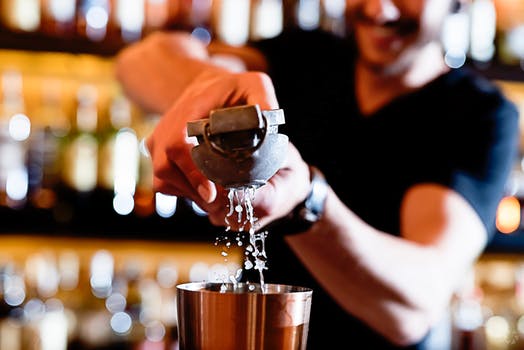 These are the steps one should take to craft, consecrate, claim, and charge a Termopolyan Stab.

1 Branch of Cedar, Oak, Maple, Mahogany, Cherry, or Walnut A hand saw A pocket or whittling knife A single ruby, emerald, or sapphire half the diameter of the top of the branch A horse hair or other natural substance paint brush A clear varnish Clear glue Weatherproofing Spray (Optional) Sandpaper (Optional) River or Stream using a natural source

CRAFTING
Whittle all the bark off the branch. Cut the branch so that it’s roughly as long as you’re tall. Cut both from both ends. (Being lazy and performing steps 1 and 2 at the wrong order will not work!) Make an incision at the narrower end of the branch that matches the shape of the stone. Affix the gem to the branch in the incision. Sand the branch to remove splinters and sharp edges. Cut designs into the branch, but not on the top or bottom. The design is up to you. Put on the weatherproofing spray on all sides of the branch, but not on the stone.
CONSECRATING
Bring the stab to the river or stream. Hold it above the water. Recite the following: Cwestt Stab cssecro ha ti, lyi cwiti doni. (Prn: Quest stabv co-se-cro (1st o sinus, e like a in ate, 2nd o long) a (a as in ah) tee, lyee quee-tee do-nee (o as in dough). Hold the stab in the water for at least five minutes.
CLAIMING
Carve your chosen Termopolyan name (sould not be linked to your legal name) on the bottom of this Stab while reciting, Cwo clemo cwest stab (Prn: Quo (o long) Cle-mo (e such as a in ate, o long) Quest Stabv).
CHARGING:
Bring your Stab into the river and hold it underwater whilst repeating Acwi movindi cargi cwest (Prn. A-quee (A as in ah) mo-been-thee (o long, th as in this) car-gee (g hard) pursuit) for at least 5 minutes.
Note: Some authorities think that stabi will need to be recharged annually, others biannually. While any river or stream with a natural source will operate, it is more effective to recharge in precisely the same river as the first time.