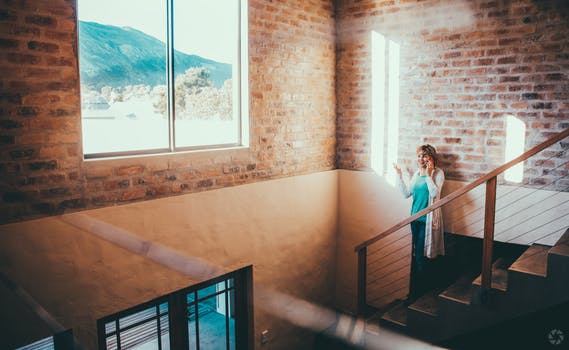 I originally posted a spell known as the calling, and reading it over saw there were a million mistakes in it that needed to be fixed. But because the edit spell mod is not working I have to re post the spell. After I figure out how, I will delete the calling. Now with all that said, allow me to let you know what the spell is. You see, even when I was beginning magic I’d always been interested in what most people call “the dark arts”. (Now, don’t get me wrong. I really like Wicca and traditional witchcraft as well, it’s just I also have an Interest in “the dark arts” as well) And out of all of the forms “the dark arts” tales necromancy was always my favorite. Now, most people will say that necromancy is bad, but through my study of magic I’ve learned magic is neither good, nor evil, the same way it’s know color. I think, necromancy can be used for good purposes as well as evil. So I’ve created this spell so that we may ask the dead for there wisdom and guidance. I hope you like,

Casting Instructions for ‘Call Forth the Dead’

STEP ONE:
The first step to summon a spirit of the dead is to prepare, and fined, the right ingredients for the spell. After this is done the magician must encircle himself or herself with the facets of death for a 1 week. This is simply done by pondering, studding, and memorizing this spell or other facts about necromancy. Additionally, eating two meals a day consisting of unfermented grape juice and flat black bread is a good way do it to, as well praying to Hecate or/and Jehovah so that they will provide you their blessing’s on which you are about to do. Also, steer clear of the sun as much as possible. Then, once the week is completed, venture out at dusk on the night of the black or full moon with your supplies to the place you wish to do the spell (Graveyard, Church, old house, woods, cross streets etc.) After this done take the parchment paper and the knife out. Use the knife to prick your finger (NOT DEAPLY) and right the name of the person you wish to call up on it. If the person you are calling up used a particular symbol or rune in life as a personal mark, wright that on the parchment to. After you are done, treat your cut by placing it in the rubbing alcohol (the weakest it is possible to find). Then put a band aid on it. That way the cut won’t get infected. After that, take your wand and start to put energy into the parchment. Additionally meditate and balance yourself so that your energy will operate smoothly through your body until it is close to midnight (Give yourself at least 30 minute). You must not leave to do anything else when you are preforming this act. (So make shore you use the bathroom, drink some water, ate some food, and take care of any other needs you may have before you begin) Then, when it is near midnight get up and start to purify the area so that no unwelcome spirits or negative energy will be summoned instead. You do this by creating total darkness for yourself, save one weak light (the other candle) and light the sage on the candle. Then, walk cloak wise round the room with the bundle of lit sage chanting:

“I declare this place a sacred area, Where I may work in peace, may negative energy disappear So nothing will interfere, with my job BLESSED BE! Jehovah, Elohim, Hecate, Lucifer, Hades!”

Then, when you reach the candle again, place the sage down and walk to the middle of the room. (if you are preforming the spell inside that is) Then, take your wand in one hand and your bell at the other. Then, pointing your wand at the candle and then turn counter clock wise while chanting:

“Spirits of nature, heaven and hell, leave in the name of Jehovah in the ring of the bell Go now unless I have called you to do your part, GO! Or face the wrath of my art! BE GONE! IN THE NAME OF JEHOVA!”

Then ring the bell three times.

STEP TWO:
Now that you have purified the room and have rid it of unwanted spirits it is time to call forth Hecate and ask her to take up her role in the spell. To do this chant:

“O’ great Hecate, here my plea! O please, take pity on me! I …, your humble servant asks just of those That you bless this ritual for me. And as I will, so mote it be! Abac, Venibbeth, Abac, Nature, Tistator!”

*In the blank space of the spell, speak your name.

At the end of the chant ring the bell and hail Hecate. The reason you call Hecate is because she’s the goddess of witchcraft and necromancy. It’s very important to invoke her.

STEP THREE:
Now it is time to draw the 2 circles. The first magic circle to be drawn is the circle (your pick of what circle you use because there are lots of magic circles to pick from) that will protect you in the soul entering and taking charge of your body. It is to be drawn with the chalk, then, trace it with your magic wand. When drawing the circle, make shore to not scuff or bluer any of the runes or symbols that may be part of it. Also, leave a gap available in the circle so that if it is time to enter it you can. Once the circle is drawn place the ST. John’s wort, Virani, and Rue around it. The cause of this is because these herbs repel bad. Then, two feet away from the circle, draw the triangle of Solomon. This, if all goes well, is where the sprit will appear and be held until you are finished asking it questions. You will find a diagram on Bing images. Inside of it, the two white candles, and an incense holder of mugwort, should be put in the center of the triangle. Also a picture of the deceased one you would like to summon. After the candles and incense is lit, visit your circle and shut it the rest of the way. Once this is completed, there’s no leaving the circle until the spell is done if you don’t would like to get possessed or something. Let’s hope that isn’t the case. Then, with all this done you’re ready to start the incantation to call forth the missing, dead sole you wish to see on last moment.

STEP FOUR:
Once everything is prepared, the circles drawn, the candles lit and etc. it is time to begin to work your spell. At the stroke of mid night raise your wand, bring your power to its peak, and begin to chant in a Fast, rapped, loud voice:

*In the blank spaces call for the name of the sole you are summoning.

Then at the end of the incantation tare the parchment paper into and release the energy you had placed in it so that the soul of the deceased will have the ability to come. Now you may be asking yourself, what the spirit may look like. It might seem like a mas of energy, take the kind of the smoke from the incense, or may not reveal itself at all. But before you attempt to perform the incantation again, try and see it with your third eye, or, try to feel it’s presence. When it talks to you, it won’t speak to you verbally and out loud, but may send you feelings that give you the answer, or may talk to you in your head. If you are preforming this spell in the woods or at cross streets, listen to the wind as it might decide to talk with you through it. If it doesn’t come the first time, try the incantation. If it does not come the third time raise your wand and chant:

“Oh wicked, wicked, soul you have ignored my calls! As penitence, you will not find rest for …! Be gone! In the name of Hecate, be gone and don’t disturb me and my family! Jehovah, Elohim, Hecate, Lucifer, Hades!”

* At the plank space place a time limit to how long you want the disobedient sprit to be punished.

If the spirit does come, make beach to talk to it respectfully and pleasantly . One you are finished speaking to it say and dismiss it:

“Oh, …. I thank you for your time. I am forever grateful. Now, rest in peace for a while, Till I call you again. For with ash, dust to dust from the ground thou must go back!” Yah and Yod He Vau He, Hecate! I chant the spell be done.”

*In black speak the soles name.

Then, to dismiss Hecate chant:

“Oh night mother, I thank thee also for your time Oh great Hecate, be bound her no more, for though have done thy part, and showed the glory of are art. Blessed be!”

Now, it is safe to leave the magical circle. This spell may be intended for summoning the dead but it can be used to summon other spirits also. I know it is complicated but is effective. And sorry if it was hard to comprehend. Thanks for reading!
~Inkspell