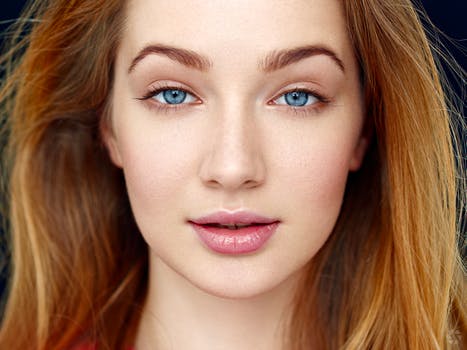 The third eye (also called the inner eye) is a mysterious and esoteric concept referring to a speculative invisible eye which offers perception beyond ordinary sight. In some dharmic spiritual traditions such as Hinduism, the third eye refers to the ajna, or brow, chakra. In Theosophy it is about the pineal gland. The third eye refers to the gate that leads to inner realms and distances of higher consciousness. In New Age spirituality, the third eye frequently symbolizes a state of enlightenment or the evocation of mental images having profoundly personal religious or psychological significance. The third eye is often associated with religious visions, clairvoyance, the ability to observe chakras and auras, precognition, and out-of-body experiences. People that are claimed to have the capacity to use their third eyes are sometimes known as seers.

In certain traditions as Hinduism the third eye is thought to be located around the center of the forehead, slightly above the junction of the eyebrows. In other traditions, as in Theosophy, it is believed to be connected with the pineal gland. According to the theory, humans had in far ancient times an actual third eye at the back of the head with a spiritual and physical function. With time, as people evolved, this eye atrophied and sunk into what today is known as the pineal gland. Dr. Rick Strassman has controversially suggested that the pineal gland, which preserves light sensitivity, is responsible for the creation and release of DMT (dimethyltryptamine), a psychedelic drug which he believes to be excreted in large quantities at the minutes of birth and death.

Hindu tradition associates the third eye with the sahasrara, or crown, chakra. In addition, in the Tantra yoga system it is linked to the sound Om, and is known as the Ajna chakra. In Tantra, the crown is thought to be the Shivatic lotus of ten thousand petals.
In Taoism and many traditional Chinese religious sects such as Chan (a cousin to the Zen school), “third eye training” involves focusing attention on the point between the eyebrows with the eyes closed, and as the body is in various qigong postures. The goal of this training is to permit pupils to tune in to the correct “vibration” of the world and gain a solid foundation on which to achieve more advanced meditation levels. Taoism teaches that the third eye, also referred to as the mind’s eye, is situated between the two physical eyes, and expands up into the center of the forehead when opened. Taoism asserts that the third eye is one of the primary energy centres of the body located in the sixth chakra, forming part of the primary meridian, the line separating left and right hemispheres of the body.
According to the Christian teaching of Father Richard Rohr, the concept of the third eye is a metaphor for non-dualistic believing; the way the mystics see. In Rhohr’s concept, mystics apply the first eye (sensory input such as sight) and the second eye (the eye of reason, meditation, and reflection), “but they know not to confuse knowledge with depth, or mere correct information with the transformation of consciousness. The mysterious gaze builds upon the first two eyes –and yet goes farther.” Rohr refers to the level of awareness as “having the mind of Christ”.
According to the neo-gnostic teachings of Samael Aun Weor, the third eye is referenced symbolically and several times in the Book of Revelation 3:7-13, a job which, as a whole, he believes describes Kundalini and its progression upwards through three and a half turns and seven rebounds. This interpretation equates the third eye with the sixth of the seven churches of Asia detailed therein, the Church of Philadelphia.
Adherents of Theosophy H.P. Blavatsky[9] have suggested that the third eye is in fact the partly dormant pineal gland, which resides between the two hemispheres of the brain. Various types of lower vertebrates, like reptiles and amphibians, can actually sense light through a third parietal eye–a structure connected to the pineal gland–which serves to regulate their circadian rhythms, and for navigation, as it can sense the polarization of light. C.W. Leadbeater claimed by extending an “etheric tube” in the third eye, it’s possible to create microscopic and telescopic vision. It has been maintained by Stephen Phillips the third eye microscopic vision is capable of observing objects as little as quarks.
According to Max Heindel’s Rosicrucian writings, called Western Wisdom Teachings, the third eye is localized in the pituitary body and the pineal gland. It was said that in the far past, when man was in touch with the inner worlds, these organs were his means of ingress thereto.

The third eye is a concept found in many meditation arts and schools, such as in yoga, qigong, Aikido.
In the esoteric field of Kabbalah, the Ajna chakra is attributed to the sphere of Chokmah, or Wisdom, although others regard the third eye as equivalent to the non-emanated sephirah of da’ath (knowledge).