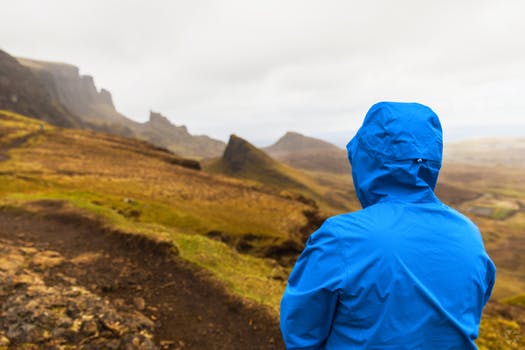 The Hooded Man Ritual appeared on the NoSleep subreddit in November of 2014.

According to its submitter, nickybutler123, it’s surfaced on other sites previously; I’ve been unable to find these other sites, however, so it’s possible that this claim is supposed to deepen a newer story’s sense of history.
In this ritual you go to a different world in a taxi cab. It’s not very dangerous, but better to be careful.
This ritual shouldn’t be attempted in a state of agitation, nervousness, or anxiety.

Two black strings or ropes measuring half a meter in length each. A telephone. In case you have access to a old-fashioned rotary phone, it is suggested you use it, since it will provide the greatest effect. A modern touch-tone phone will also work, though it is advised that it be of a corded variety. Cordless or mobile phones may present some difficulties and aren’t suggested. Matches or a lighter. A watch. Salt. 1 principal.

Casting Instructions for ‘The Hooded Man’

The Prelude:
1. Before beginning, perform a cleansing ritual in the location where you plan to execute the Hooded Man Ritual. Burning a sage smudge stick and spreading salt or ash until the front door are recommended; for more detailed directions, see here.
2. Shut all the doors, close all the windows, and draw all the curtains.
3. Switch off the lights, as well as all electronic devices. Set the two black cords, as well as the lighter or matches, near the phone.
4. Empty your pockets of any power or protection items, but keep the watch in your person.
Calling the Cab:
1. Begin at night.
2. Sit down before the phone and count to the number 13. Then, leaving the phone on the hook, dial the following number: 20496888.
3. Tie one black cord securely to the telephone’s handset. Lift the handset by holding the cord only; then dial the following number: 25515823.
4. Count to 13 and set the handset down, but do not hang it back on the cradle. Speak these words into the receiver: “Hello? I need a cab.”
5. Untie the first black cord from the handset and replace it with the second one, making sure to secure it tightly. Burn the first cord immediately if possible; if it is not feasible to do it immediately, burn it as soon as you have completed the ritual.
6. Open the curtains and look out. In case you have completed steps one through five correctly, you will see a black taxi cab parked outside. Exit the building, locking the door behind you, and climb into the cab’s empty back seat.
7. Lock the cab door and go to sleep.
During the Ride:
1. When you awaken, use your watch to check the time.
2. If your watch reads anytime besides 3:30am: Exit the taxi and reenter your home within two minutes. Proceed to “The Ending — Step 1.”
3. If your watch reads 3:30am: Go back to sleep.
4. When you awaken for the second time, you will discover the taxi to be driving on a highway with a man wearing a hood in the wheel. Don’t do any of the following: Panic.
Attempt to escape the cab while it is moving.
Speak to some other passengers the taxi may pick up.
5. When you are ready to finish your ride, lean close to the hooded man’s ear and say the following words, slowly and deliberately: “I’ve reached my destination.” You will fall asleep one last time; when you awaken, you will have returned to your starting place.
The Ending:
1. As soon as you have returned to your starting place, seat yourself before the phone once more and dial the next number: 200082.
2. Use the black cable to lift the handset, down it, and recite these words into the receiver: “Thank you for the ride.”
3. Untie the black cable from the handset. Burn it ; then bury the ashes of it and the first cord in the ground. Scatter salt over the top of the burial website.
4. Perform a cleansing ritual.
Additional Notes:
Sage, salt, or other items of protection could be used through the cleaning rituals performed before and after the Hooded Man Ritual itself; however, these things shouldn’t be carried with you as you’re performing the Hooded Man Ritual.
Should you feel threatened, followed, stalked, or otherwise unsafe at any stage during the ritual, do NOT proceed. If you have not yet gotten in the rear of the taxi, do not enter it if you have, do step five of “During the Ride.”
Panicking, attempting to exit the moving vehicle, or talking to other passengers may result in dire or fatal consequences. Do NOT, under ANY circumstances, perform those activities.
Concerning the Period of the Cab Ride:
You may allow the cab ride to continue on as long as you need; however, it should be said that the longer the ride, the more difficult it is to emerge from the landscapes through which the cab passes. Should you wish to return to the exact same world you left, it’s strongly recommended that you do not allow the cab ride to go on for extortionate amounts of time.
It is unknown what happens when the cab stops. If you feel adventurous, you may attempt to find out…
…But don’t count on being able to return home again when you get there.