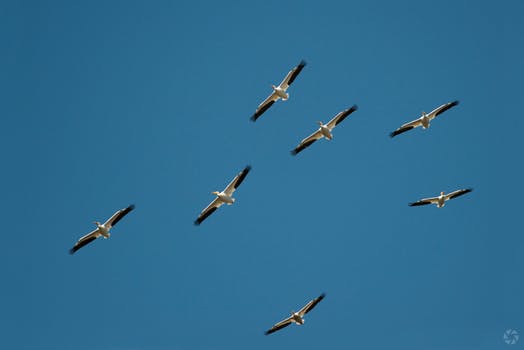 A spell to give a group of individuals shapeshifter forms. They must have at least one form in common in order for it to work. I suggest following up with subliminals, changing and rituals.

Aqua aura quartz (One per person, to connect to other worlds) Gemstone wand (preferably a translucent stone like quartz or selenite) Shaman rock (for earth energy connection) Knife White candle for each Individual Black candle Quartz stone for each person Labradorite for each individual Three amethysts Eight fluorites Salt Type-specific things for each person Bowl (or other receptacle) of plain water Catnip Garlic Lavender Peppermint Bay laurel Poppy seeds Any other herbs you deem useful Papers with the ritual script (optional but recommended) Outdoors Full or new moon at night (recommended)

Organize a circle. Set the black candle in the center of a circle, the diameter in feet equal to the number of participants. Place stones around the perimeter if you wish. Set up everyone an equal distance apart, and set their candle parallel to them about halfway to the circle. Place three amethysts round the black candle in a triangle, followed by four fluorites in a square and much more fluorites in the openings, offset outwards by about an inch and a half. Place the quartz between the white candles, to the right of the candle of its consumer. The labradorites are to be placed halfway between every person and their candle. Take the salt and sprinkle it around the outside of the circle, to keep malicious spirits out. Give everyone their aqua aura. Distribute herbs in equal amounts to each person, and place the bowl before the ritual “leader”. The leader then holds up the gemstone wand, and puts the shaman stone before them. They invoke the Great Spirit/Mother Earth/similar thing, as well as any other deities they desire to call upon. Benevolent spirits are also encouraged to join with the rite. Now, the ritual may begin.

The leader begins the rite by saying: “From the moon, the sun, and the endless forces of the cosmos, I bring the power of the universe to our rite.”
All the others say at approximately the same time: “Mote it be.”
All candles are lit, beginning with the chief lighting the center candle, then the lighter passed around to light each white candle.
The chief continues: “Allow us entry into lands only imagined. Allow our hands to touch a power unknown and be one in mind and body, our souls humming into the rhythm of the types we choose to embody. As all and as one, we call forth the energy of the (shared kind), the spirits of the (shared), the ghosts of the past, the patron deities of the race.”
Everybody points their aqua aura towards the black candle. A shaman stone is passed around, and as every individual retains it they say a chant. The person to the left of the leader starts: “I, (name), accept the burden of the (type) and accept the embodiment of its perfect form in your mind, body and soul.”
When everyone is done, the chief says the same statement, then puts the wand down and stones and takes the knife in their hand. They say: “Gods and goddesses of the end, of the seas and the flame, and of the ground beneath all of us, give us the energy and power of the change that we may uphold thy rule and the duty of protection.”
Others in the circle say: “So shall it be.”
The leader takes the knife and carves their title in their candle. Everyone else does the same. When all the candles are carved, the leader takes the bowl out. They throw their herbs to the bowl, saying: “I, (name), take on the mind, soul and body in perfect form of (shared type), (other forms etc.).” Everyone else repeats this as the bowl is passed around. Finally, everyone holds up the things of their forms and state at the same time:
“Speed of night, ghosts of light,
Grant our plea of shifter’s flight.
Join us alike in soul
To fulfill our common magic aim.
Pierce us and manifest yourself true,
Beneath the stars of white and sky of blue.
Kin of our kin, now the starry-eyed kind,
Our souls to theirs and bodies entwined.
Mote it be!”
The chief now heats up the bowl over their candle. The bowl is passed around until the water is hot, then it’s stirred with the wand while all focus on their form/s throughout the whole procedure. After the potion is completed, each individual anoints themselves with it while saying a prayer into the world and the beings present about why they want their form/s and a humble request to gain them. When everyone is done, the chief says a last chant: “From our fantasies and the divine love, the clouds and sky and stars above, we ascend to higher beings, our selves thrumming into the feeling.” They then dip the wand in the potion and pour the rest of it on the candles to extinguish them. The ring is closed and cleaned up.

Message me if you need help with different types. Use shifting, subliminals, small rites and prayer to achieve your results. Don’t hesitate to scale down this or modify it, spells are supposed to be modified.