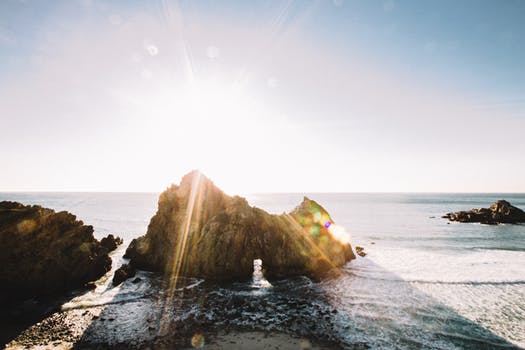 An ancient Scandinavian system of cursing another being Grimner Bjornklo.

The ‘Niding Pole’ (often called Nidstang or Nidhstong) is an ancient Scandinavian method of cursing another being.

A niding pole is most often made out of wood, traditionally hazel, with a horse’s head placed upon the top and relevant runes carved into the rod.

A goat’s skull may be utilised as a replacement, but the curse does not appear to be as effective.

On the Niding Pole, the horse skull invokes the horse rune Ehwaz, using the linking and transmissive power of the rune for the magical working. The horse is sacred to Odin.

To cast the curse, the rod was traditionally erected, facing the direction to which the curse is to be routed. An incantation is spoken, pronouncing the goal of the curse.

With that done the horse head is turned to face the direction of their chosen quarry. Such a curse is intended also to cajole the land wights into working against the victim/s.

The rod steered the forces of Hel, goddess of death. These forces were carried up the pole and projected through the horse skull. The runes carved on the pole defined the character and target of the destructive forces.

Among others, triple Thorn [Thurisaz] runes and triple Is [Isa] runes, were used to ‘smite’ the enemy. When used maliciously, these had the effect of disempowering the accursed’s will and delivering them into the forces of destruction. Here, the Thorn rune invokes the power of Thurs, the demonic earth-giant sometimes called Moldthurs.

The Niding Pole was meant to interrupt and anger the ground sprites (Landvaettir, Land-Wights or earth spirits) inhabiting the earth where the accursed’s house was. These sprites would then vent their anger upon the person, whose livelihood and life could be ruined.

“I curse!
I curse them all
Who soil our glorious land
With actions.

I curse all of them
who borrow sacred symbols
Gungnir, Sacred and Mjolnir Staves –
Odin’s spear, Thor’s hammer
and runes, given by Odin’s hand
and soil them
with unholy deeds.

I curse all of them
who in ugly costumes
and shaven heads
As well as suits
and ties
Abuse the wisdom of our ancestors
our ancient ways
And our present faith.

Upon the heads of those miscreants
I call all forces!
I call upon the gnomes, and the little people
to scratch their bodies
And disturb their sleep.

I call upon the “rimthurses” (frost-giants)
From the depth of Niflheim
They may freeze to their death
Before they get a chance
To freeze out others.

I call Surt and his “fire-thurses”
They may burn for their death
before others may burn
by their hands.

I call upon Loki
That he may twist their eyesight
So that they hit each other down
Before they strike down anyone else.

I call upon Freya
So that these young men
never may share a woman’s bed
and never have sons
or daughters of their own
As long as they want to hinder
Others to do that.

And I call upon Frey
That these young men
Have their manhood gelded,
Never being able to create anything good
for themselves,
never getting peace
or harvest,
Provided that they want to hinder
Others to do that.

I call upon Thor
He may protect us
from demonic evil
And I call upon his wrath
against the miscreants
Who would like to cause pain to others.

I call upon Odin,
Allfather.
He who gave spirit
To woman and man.
He who with his brothers
Hoenir and Lodur
Life to man,
Body and Soul,
Ask and Embla,
Man and Woman.

Odin is called upon by me
and the “Norns”.
Of destiny,
Urdh, Verdhandi and Skuld,
who together judge
everyone after death
that they may judge
these miscreants hard,
so that they
Not after their deaths
May escape their deeds of evil
Contrary to other sons and daughters
of Ask and Embla.

I set this “nid”
Until these drooling servants
of evil and ignorance
do penance
And let every and each
Stay by their land, their people
and their faith
wherever in our world
They may decide to live.”