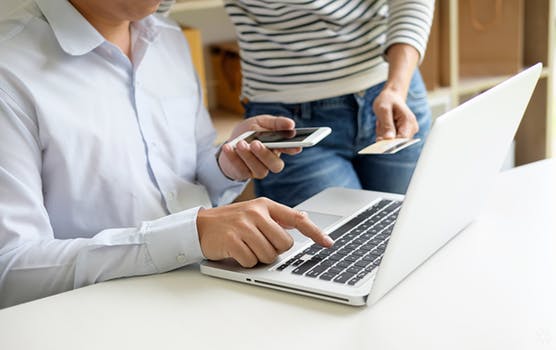 This is a list of a-z of different Incenses and what they’re believed to be used for.Forgive me if I have forgotten some.

ACACIA: Burned with sandalwood to stimulate the pshich powers.

AFRICAN VIOLET: to promote spirituality inside the home and Burned for protection.

ALLSPICE: Burned to bring both good luck and money.

ALTHEA: Burned for protection and also to stimulate the psychic powers.

BASIL: Burned to exorcise and shield against evil entities (such as demos and unfriendly ghosts), and also to bring fidelity, love, good luck, sympathy, and prosperity. This is also an outstanding incense to use when performing love divinations.

BAY: Burned to ease the psychic powers, and also to induce prophetic dream-visions.

BENZOIN: Burned for purification and to attract prosperity.

BISTORT: Burned (frequently with frankincense) as a powerful incense to assist divination.

CEDAR: Burned for purification, to stimulate or strengthen the psychic powers, attract love, prevent nightmares, and cure many ailments, including headache.

CINNAMON: Burned for protection and to bring money, stimulate or strengthen the psychic abilities, and aid in healing.

CITRON: Burned in rituals to assist healing and also to strengthen the psychic powers.

CLOVE: Burned to dispel negativity, purify sacred and magickal spaces, attract money, and stop or prevent the spread of gossip.

COPAL: Burned for purification and to bring love.

DITTANY OF CRETE: urned to conjure spirits and to aid in astral projection (especially when mixed with equal parts of benzoin, sandalwood, and vanilla).

ELECAMPANE: Burned to strengthen the clairvoyant abilities and scrying (divination by gazing) abilities.

GALANGAL: Burned to break the curses cast by sorcerers.

GINSENG ROOT: Burned to keep wicked spirits at bay, and for protection against all forms of evil.

HOREHOUND: Burned as an offertory incense to the ancient Egyptain god Horus.

JASMINE: Burned to attract love and money, and to induce dreams of a prophetic nature.

JUNIPER: Burned to stimulate or increase the psychic powers, and to break curses and hexes cast by evil sorcerers.

LAVENDER: Burned to induce rest and sleep, and also to attract love (especially of a man).

LILAC: Burned to stimulate or increase the psychic poers, and tp draw harmony into ones life.

MACE: Burned to stimulate or increase the psychic poers.

MASTIC: Burned to conjure beneficial spirits, stimulate or increase the psychic powers, and enhance sexual desires. The magickal powers of different incenses are greatly increades when a little adhesive is added.

MESQUITE: The magickal powers of healing incenses are greatly increaded when mesquite is inserted.

MYRRH: Burned (frequently with frankincense) for purification, consecration, healing, exorcism, and banishing evil. Myrrh also aids meditation rituals, and was burned on altars in ancient Egypt as an offering to the deities Isis and Ra.

PATCHOULI: Burned to attract money and love, and also to promote fertility.

PINE: Burned for purification, and to banish negative energies, exorcise evil supernatural entities, and bring money, and to break hexes and return them to their senders.

ROSE: Burned to boost courge, indue prophetic dreams, and bring love. Rose incense is used in all forms of love enchantment and possesses the strongest love vibration of any magickal incense.

SAGE: Burned for protection against all forms of evil, and to purify sacred spaces and ritual tools, promote wisdom, attract money, and aid in healing the body, mind, and soul.

SANDALWOOD: Burned to exorcise demons and evil ghosts, conjure beneficial spirits, and promote spiritual awareness. Sandalwood incense is also used by many Witches in healing rituals and in wish-magick.

SWEETGRASS: Burned to conjure beneficial spirits prior to spellcasting.

THYME: Burned for the purification of magivkal spaces prior to rituals, to aid in healin, and to attract good health.

VETIVERT: Burned to break curses, and for protection against sorcery (black magick) and thieves.

WILLOW: Burned to avert evil, bring love, and promote healing. Additionally it is used by many Witches as an offertory incense for Pagan lunar deities.

WISTERIA: Burned for protection against all kinds of evil.

WORMWOOD: Burned to stimulate or increase the psychic powers. When mixed with sandalwood and burnt at night in a cemetery, wormwood is reported to have the ability to conjure spirits from their graves.

The Modern Guide to Witchcraft: Your Complete...
$17.99
Add to Cart